Each A Bowl Pan Mee Restaurant came highly recommended. Being a fan of Pan Mee, I decided to drop by this afternoon.

The layout was fairly simple. They had a small open air dining area and a much larger air-conditioned dining area as well. I guess, the open area was predominantly for smokers. Despite the overall layout being not too large, they had spaced the tables really well and overall layout seemed very organised. Each and every table had all they would require in terms of cutlery, sauces and even tissue. They even went to the extend of having the cutlery in a covered plastic ware for hygiene reasons. 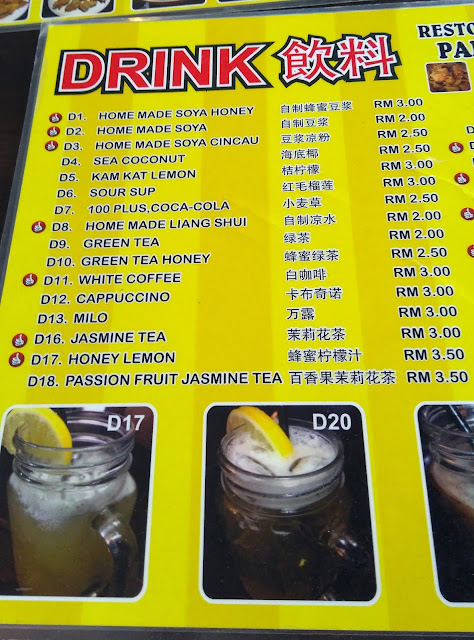 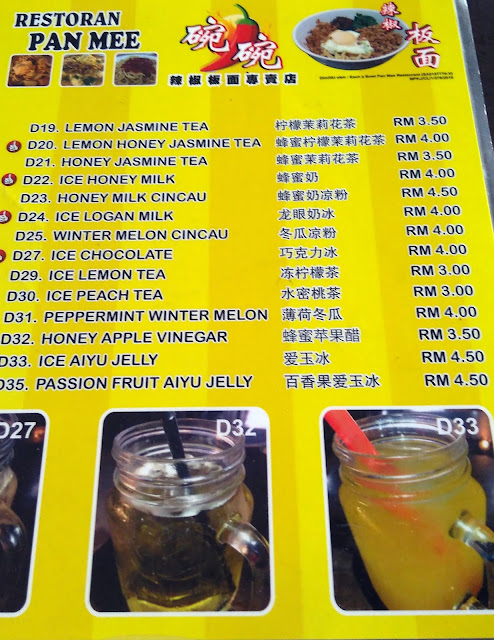 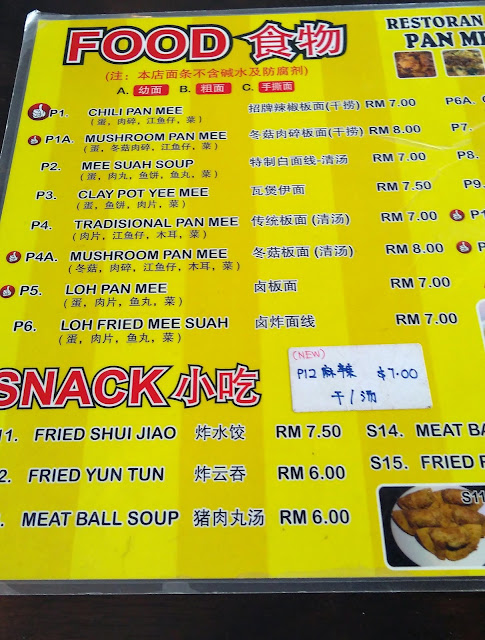 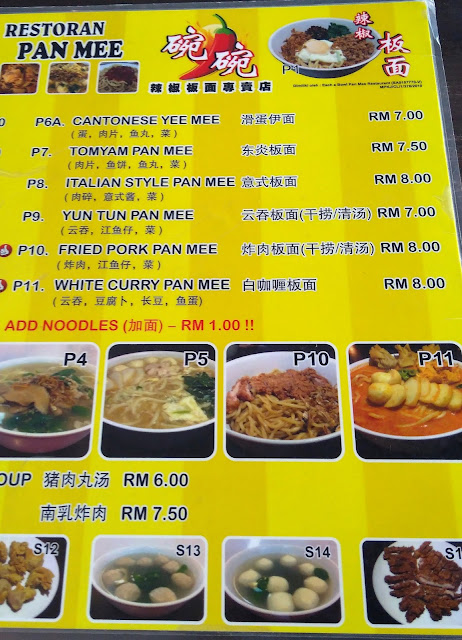 Their menu was simple. One side of the laminated card mainly listed all their drinks and the reverse was a list of all their food items. The main dish here is Pan Mee and what they have is a number of variations to those. Prices seemed okay to me as well. I ordered their Homemade Leong Shui since it came highly recommended. It was priced at RM 2.00 for a tall jar which was definitely worth it. Taste wise, it was concentrated, not the common watered down version and it was very refreshing. Definitely a drink that I would recommend and my rating for this shall be 9/10.

I felt that their Chili Pan Mee was good. The noodles itself was soft and springy and it came with lots of minced pork and anchovies. The egg was made just right as well. Portions were good as well. Initially, I took just a little of their Chili Flakes and after tasting it, I found it to be not too spicy. So, I added more subsequently to suit my taste buds. For those who love their Chili Pan Mee to be spicy, you could boldly add three teaspoons full of their Chili Flakes. That was how much I had needed to get it to my desired level. Nevertheless, the overall dish was quite tasty. My rating for this shall be 8/10. Of course, I would not compare this to Madam Chiams or even Kin Kin's. It's not up to that level but it was still good. The soup that came with the noodles were good as well and my rating for that shall be 8/10 as well.

For a good bowl of Chili Pan Mee in Kajang, I would recommend visiting Each A BowlPan Mee Restaurant that is located in Taman Berjaya, Kajang. Their Chili Pan Mee is pretty tasty and they do not compromise on their ingredients. Good food at reasonable prices.