There are so many Arabic restaurants in Cyberjaya that I have been to and Sysaban is one of those. Since this was right opposite my office, we decided to drop by for dinner this evening. 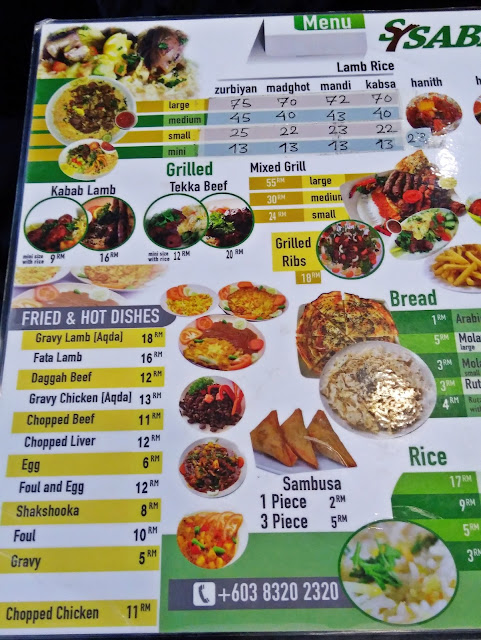 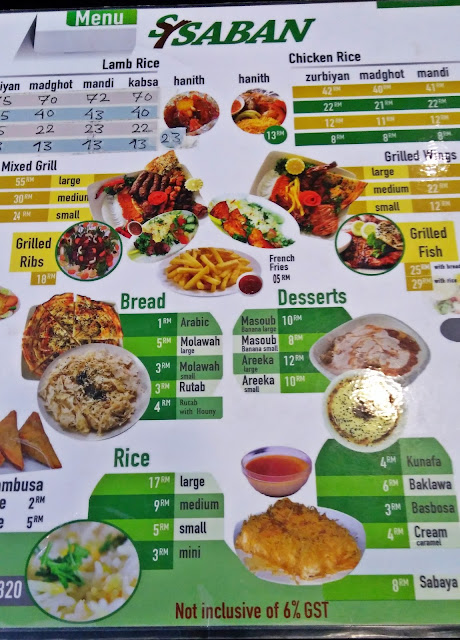 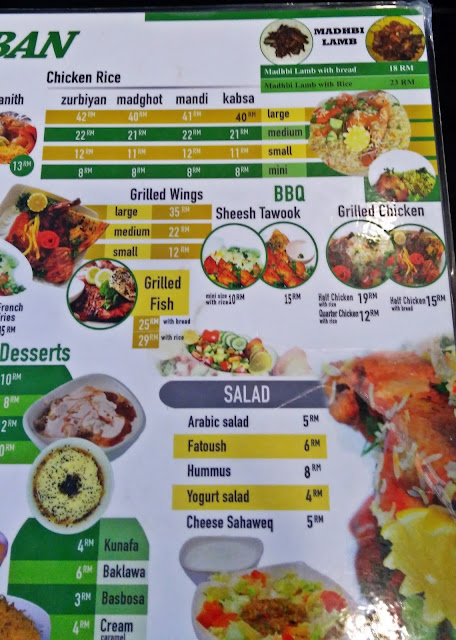 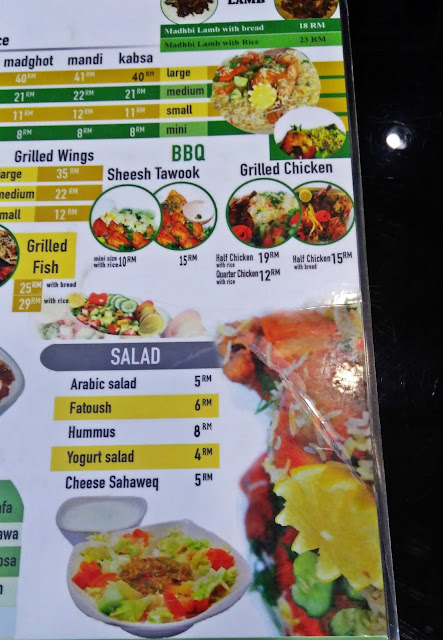 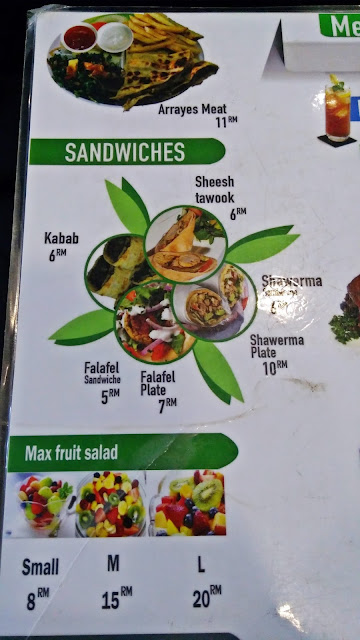 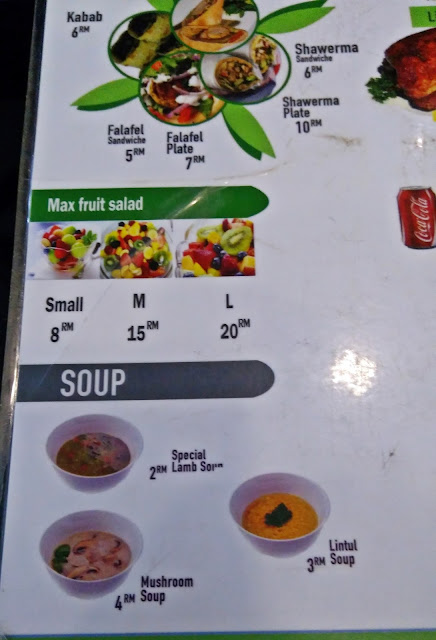 Most of the Arabic restaurants here in Cyberjaya have a somewhat similar menu. One difference with these guys is that they have a variety of portion sizes. Many Arabic restaurants serve huge platters and most often we are not able to finish those. These guys however have four sizes to choose from; mini, small, medium and large which is just ideal. Most small eaters could go for the mini size and even those who want to try a number of dishes could now order a few mini sized dishes and share.

Both the drinks were good and they were open to customising it according to our choice. For example, they did not have the Watermelon + Milk. We had asked to add milk and they accommodated. The glass was tall and for the price, it was worth it. My rating for these drinks would be 8/10.

To start off my meal, I had ordered a bowl of Lamb Soup and this was priced at RM 2.00 . For me, it wasn't like the Lamb Soup that I had expected. In fact, there was no meat inside the soup. I guess they must have made it by boiling bone marrow along with some spices and to be honest, it tasted like the South Indian Rasam to me. That was honestly a let down for me and my rating for this shall be 6/10. Their Chicken Spaghetti was decent. Some may wonder why we went for this dish at an Arabic restaurant. It was just that one of us wanted it so badly and we just went along. It was definitely an Arabic version of Spaghetti and my rating for it shall be 7/10.

Their Kabsa Lamb was good and the portions were just nice. The rice had sufficient flavours and the lamb was perfectly marinated. My rating for this shall be 8/10. Their Mixed Grill usually comes with Beef too and so if you're one who does not eat Beef, do let them know and they would substitute it with more Chicken. I felt that these were really good and they came with some French Fries and Arabic Bread. The bread was so soft and nice and both the Lamb and Chicken were heavenly. I would definitely rate this at 9/10.

We had also ordered a platter of half BBQ Chicken and again, this was served with Arabic Bread and French Fries. Their BBQ Chicken was good. The meat was so tender and the grilling process was perfect. Similarly loved the flavours too. I would rate this dish at 8/10. Finally, I had tried their Lamb Kebab. This wasn't as great as I had expected. The Lamb itself was nice but the choice of ingredients for the wraps were't great. I would rate this at 6/10.


Overall, we felt that their Grilled items were good and so was their Lamb Kabsa. Prices are reasonable and it is great that they have four portion sizes to choose from. This is great news as you can go for the mini size and eventually try more dishes. Lovely ambiance as well.