Restoran Village Tom Yam Seafood is a recently opened Halal Thai Restaurant in Tanjung Malim. Though owned by a Chinese gentleman, the restaurant has acquired the Halal status and all the chefs and workers are from Kelantan and some from Patani, Thailand. Located in the new residential area of Taman Universiti which is right beside the University Pendidikan Sultan Idris, it has gained popularity among the academic staffs as well as the students. On most days, the restaurant is generally packed with customers. Since it belonged to one of our friends, we decided to support him and try this place this afternoon.

It's the weekend and also the semester break now and that is why the restaurant is not as crowded as it usually is. The service here was quite efficient as we were immediately attended to even as we stood by the entrance to the restaurant. 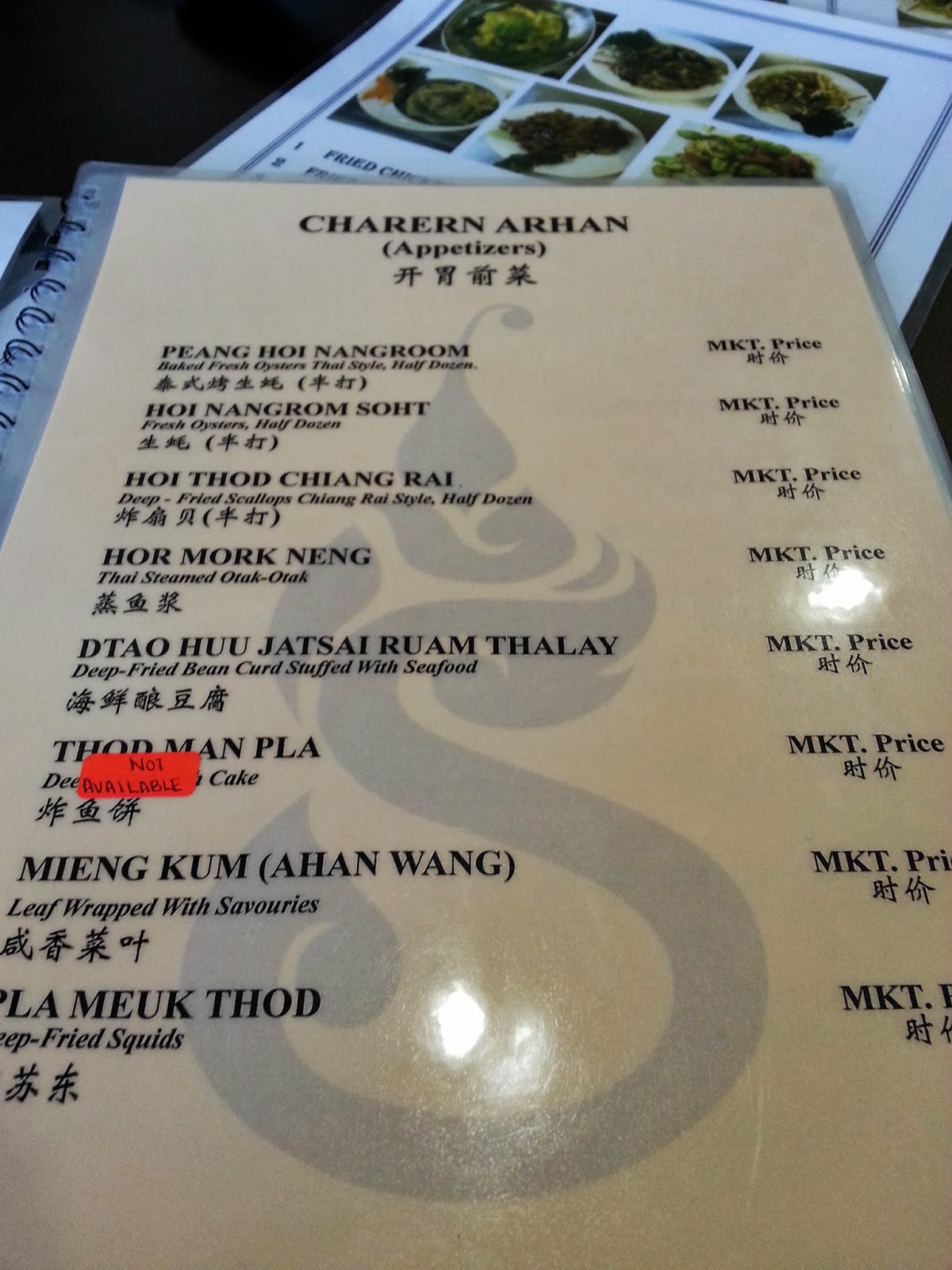 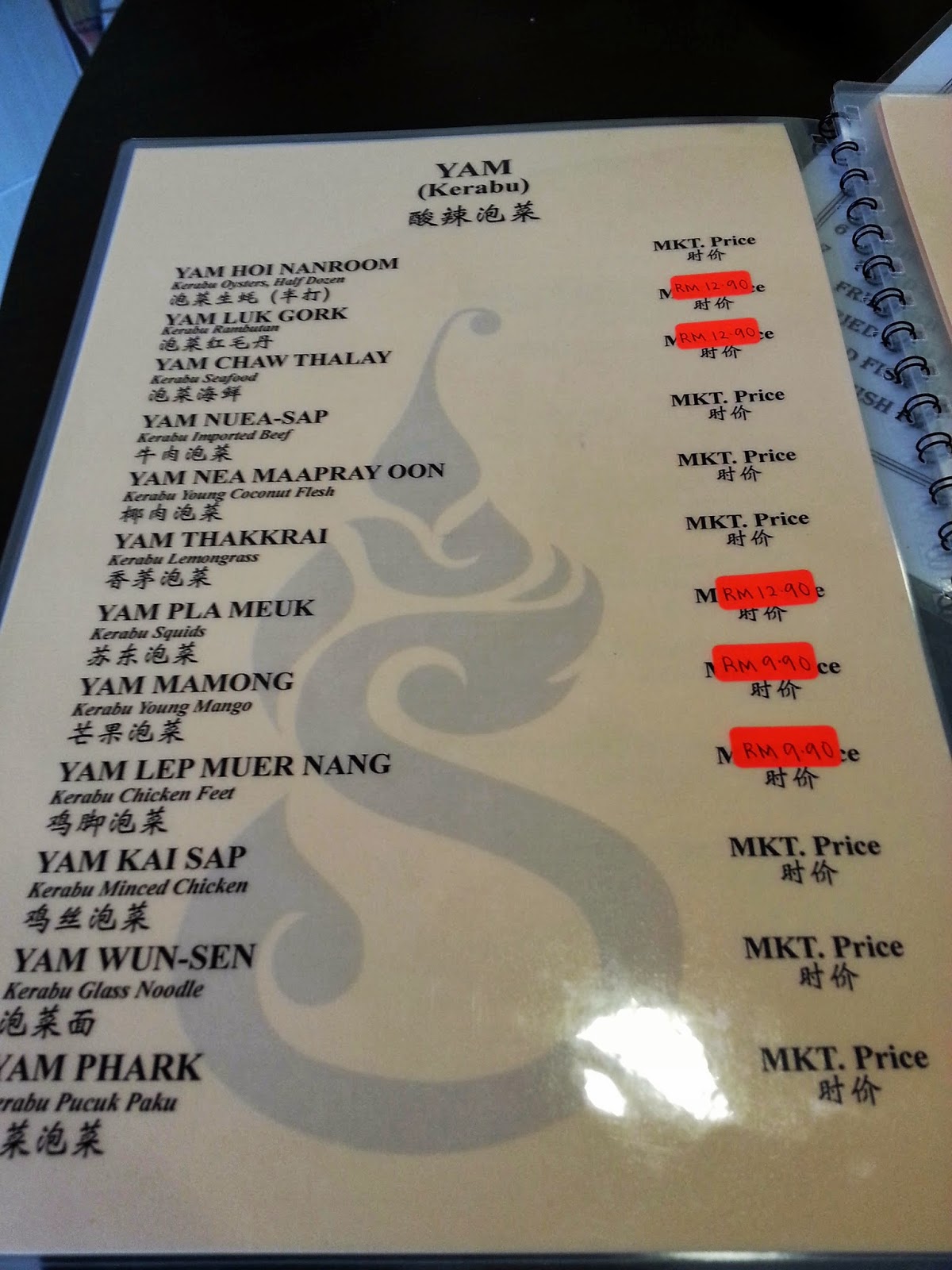 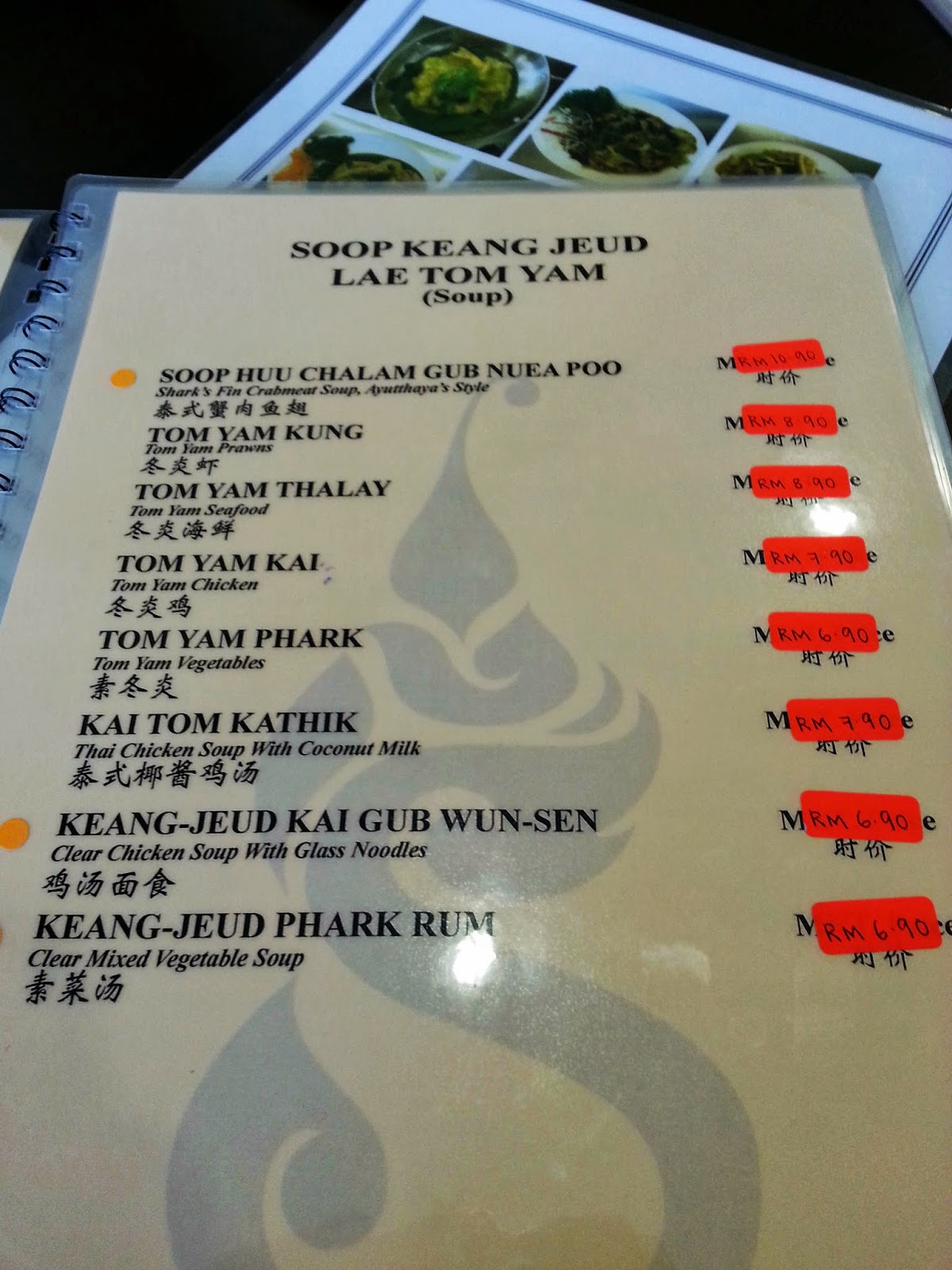 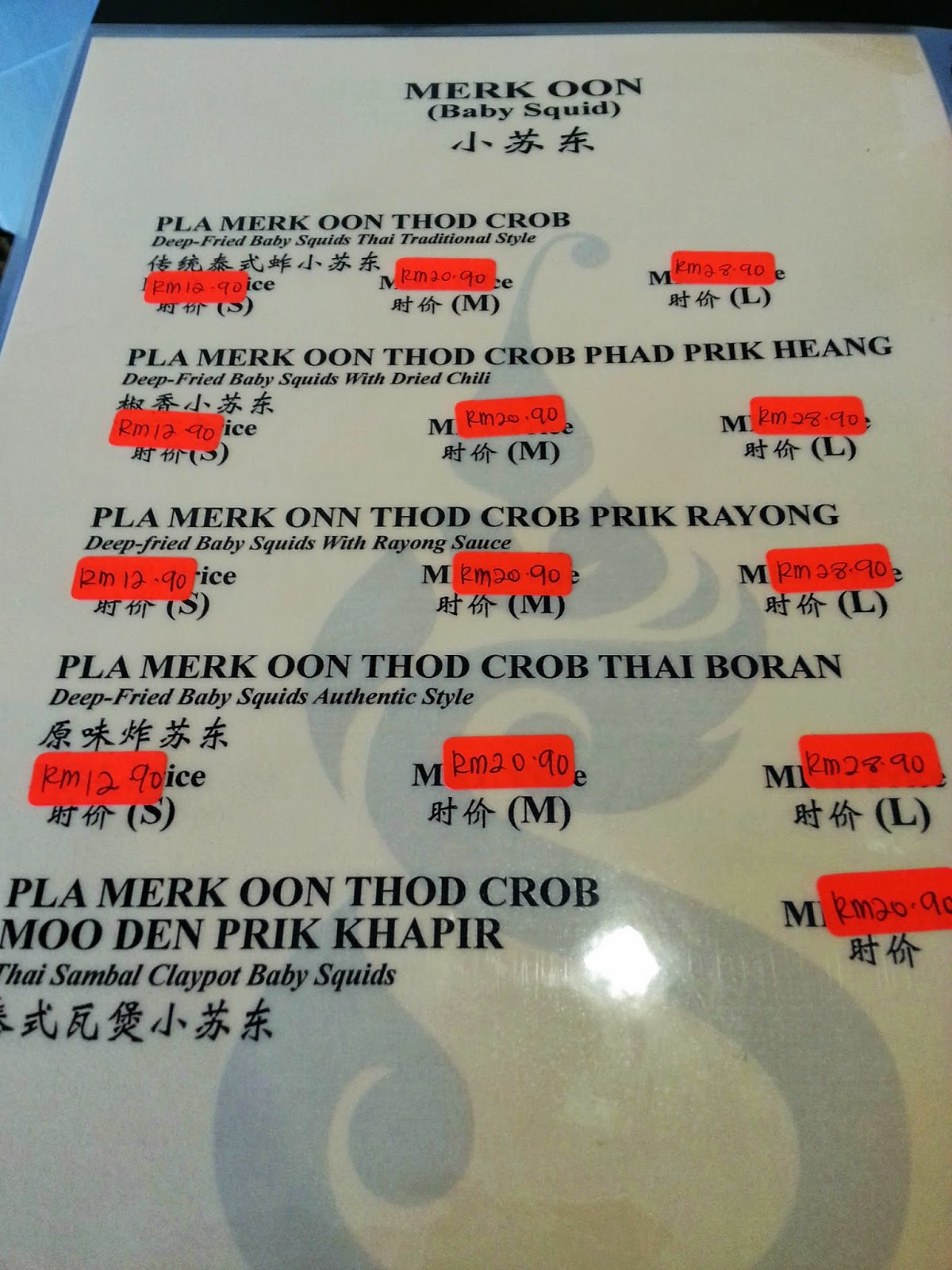 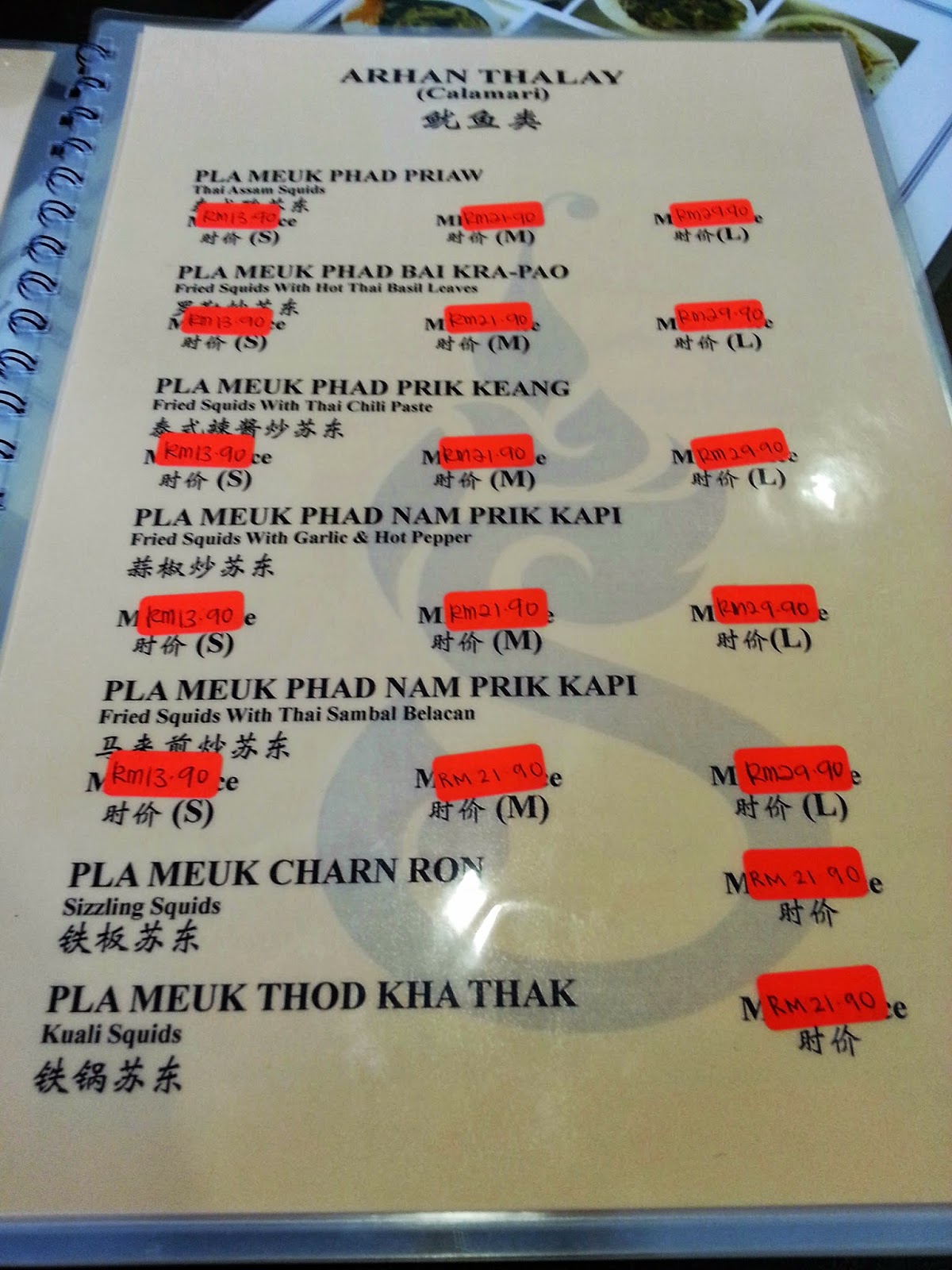 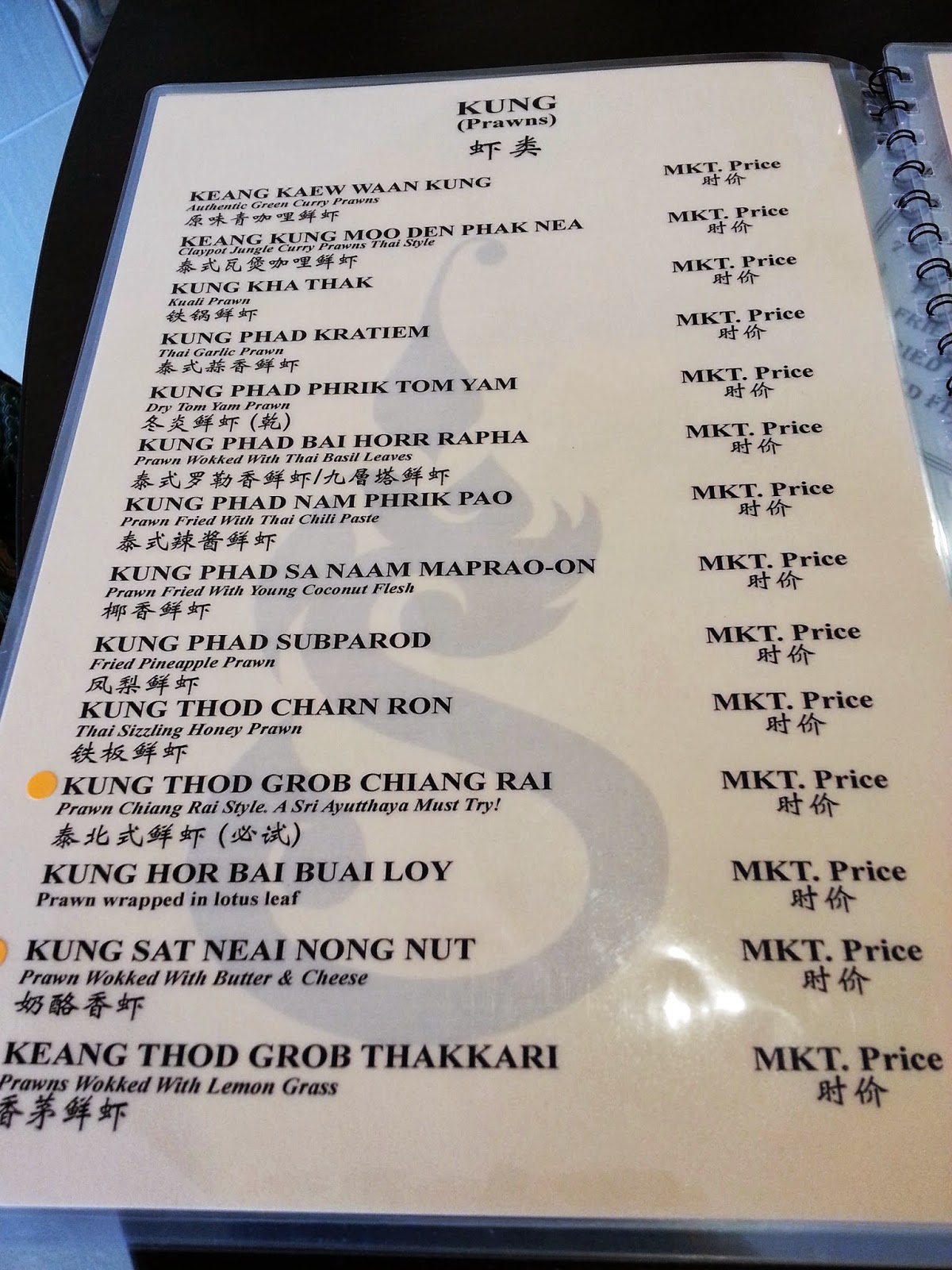 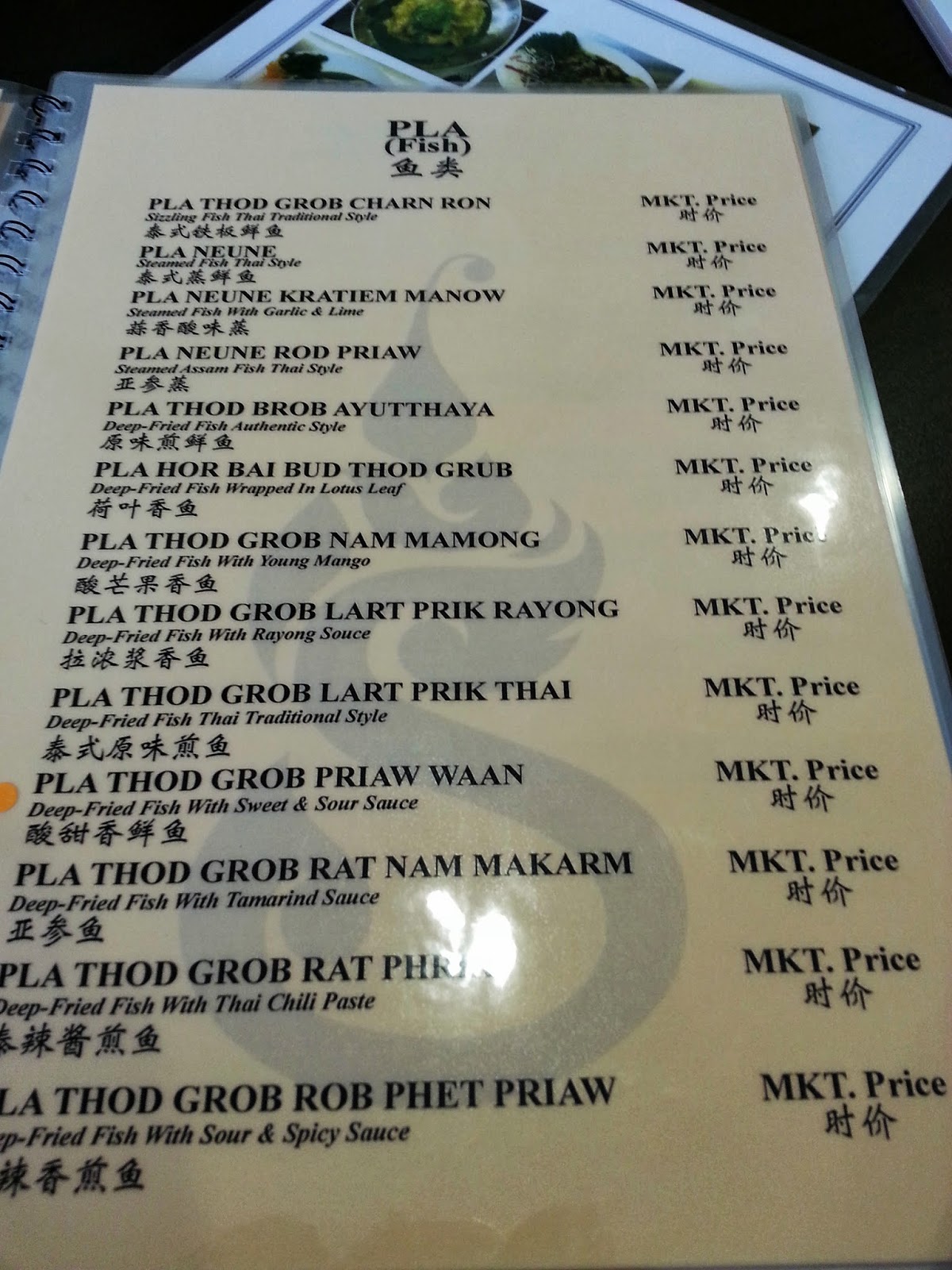 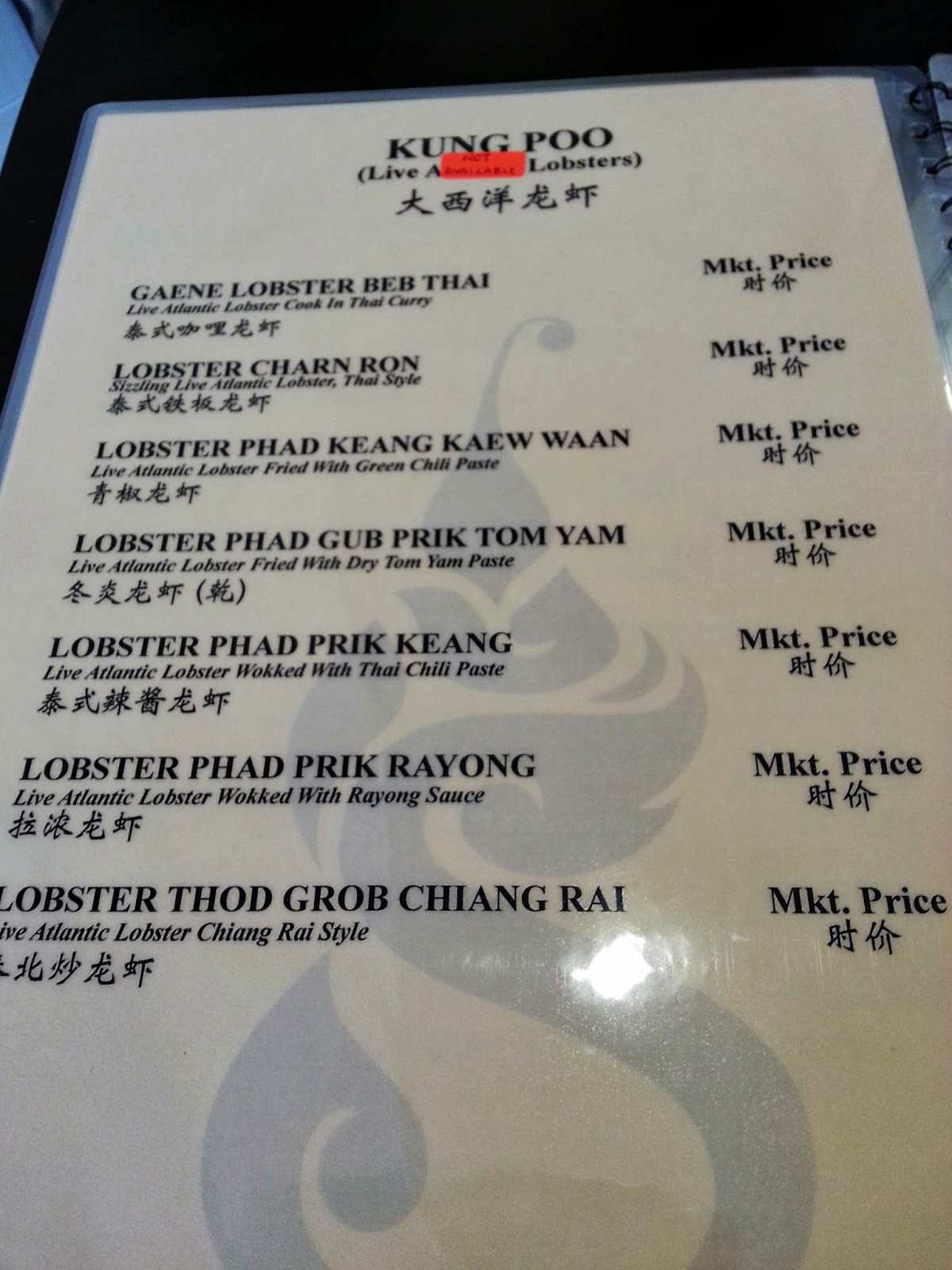 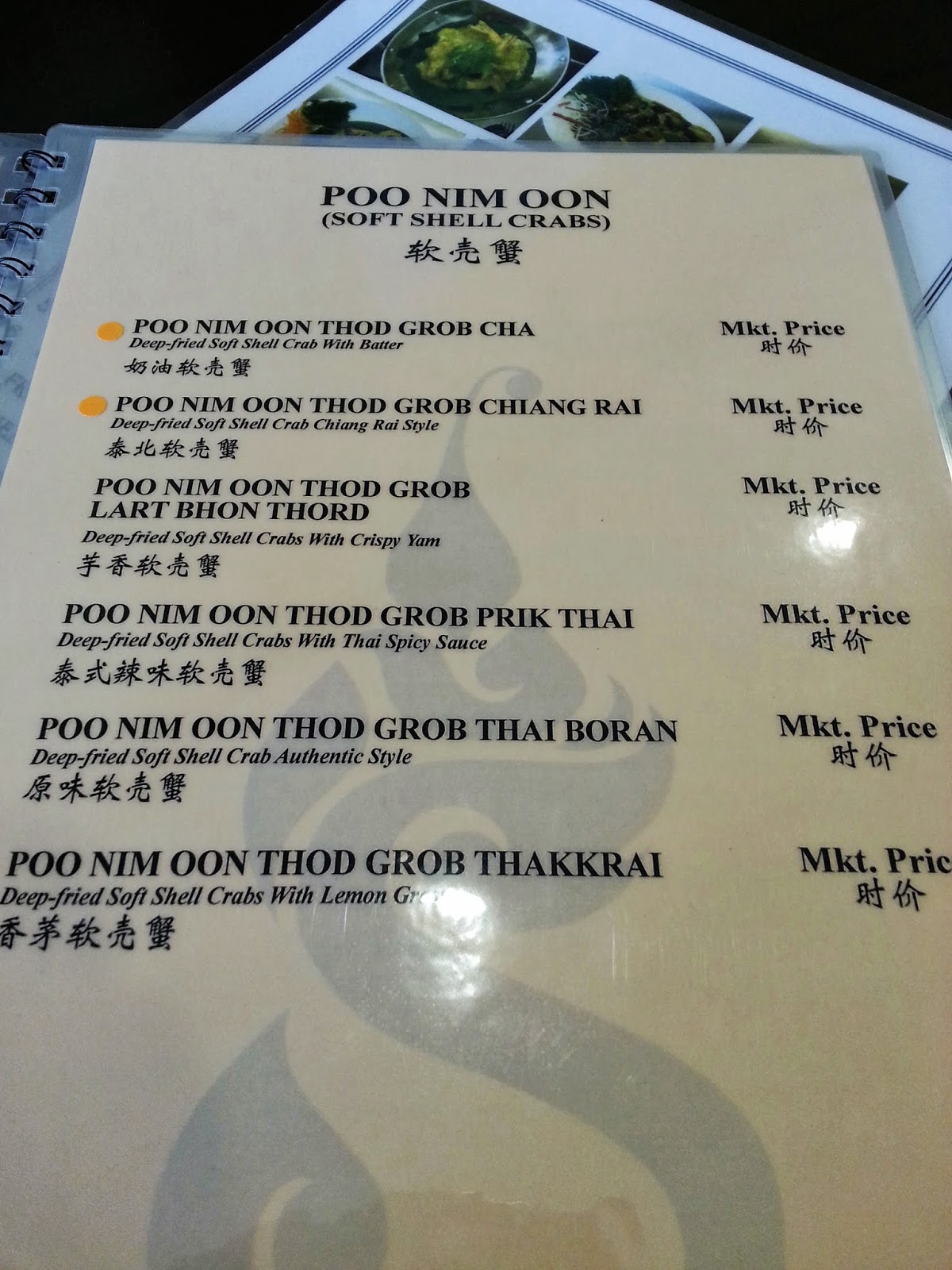 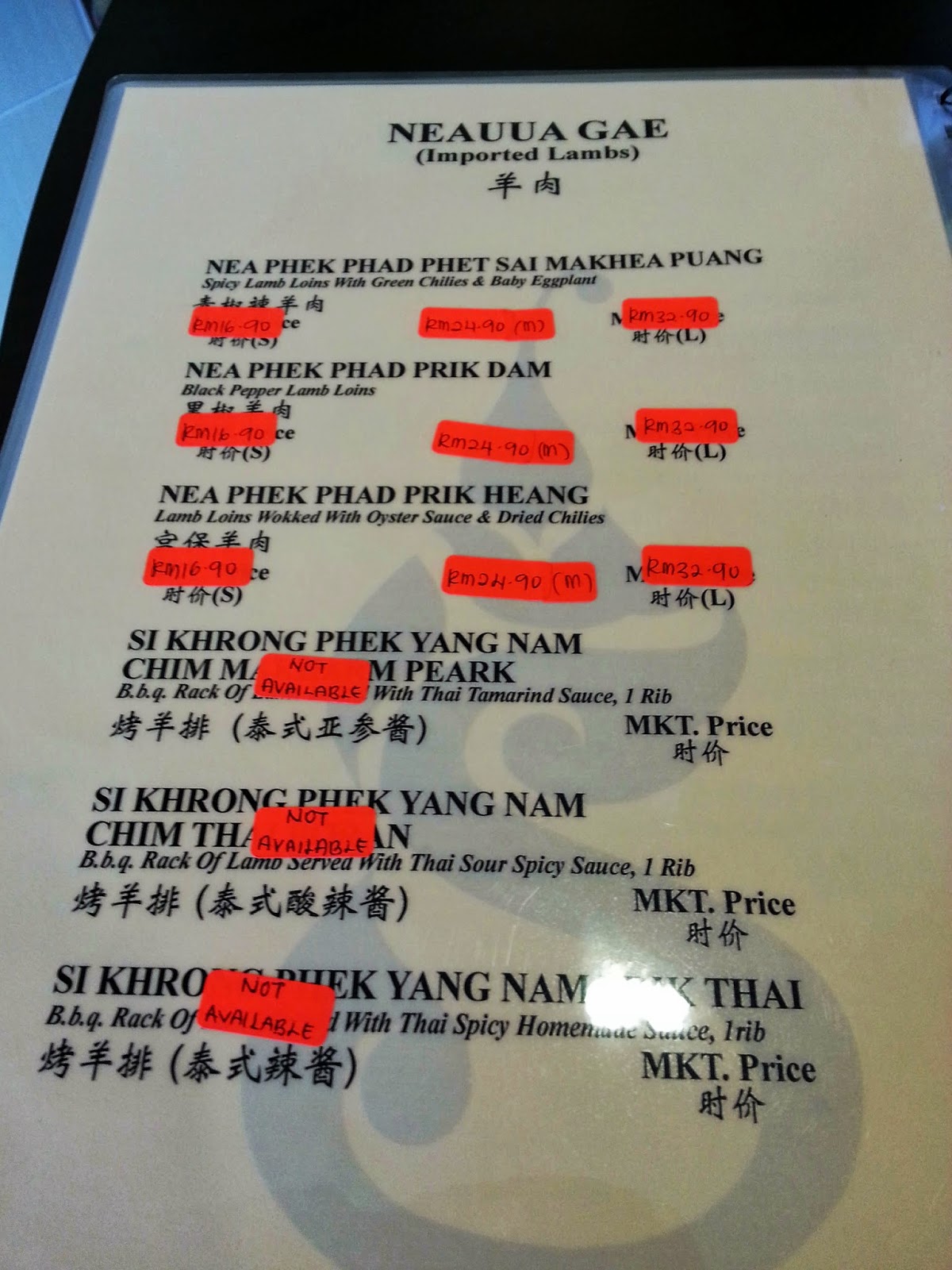 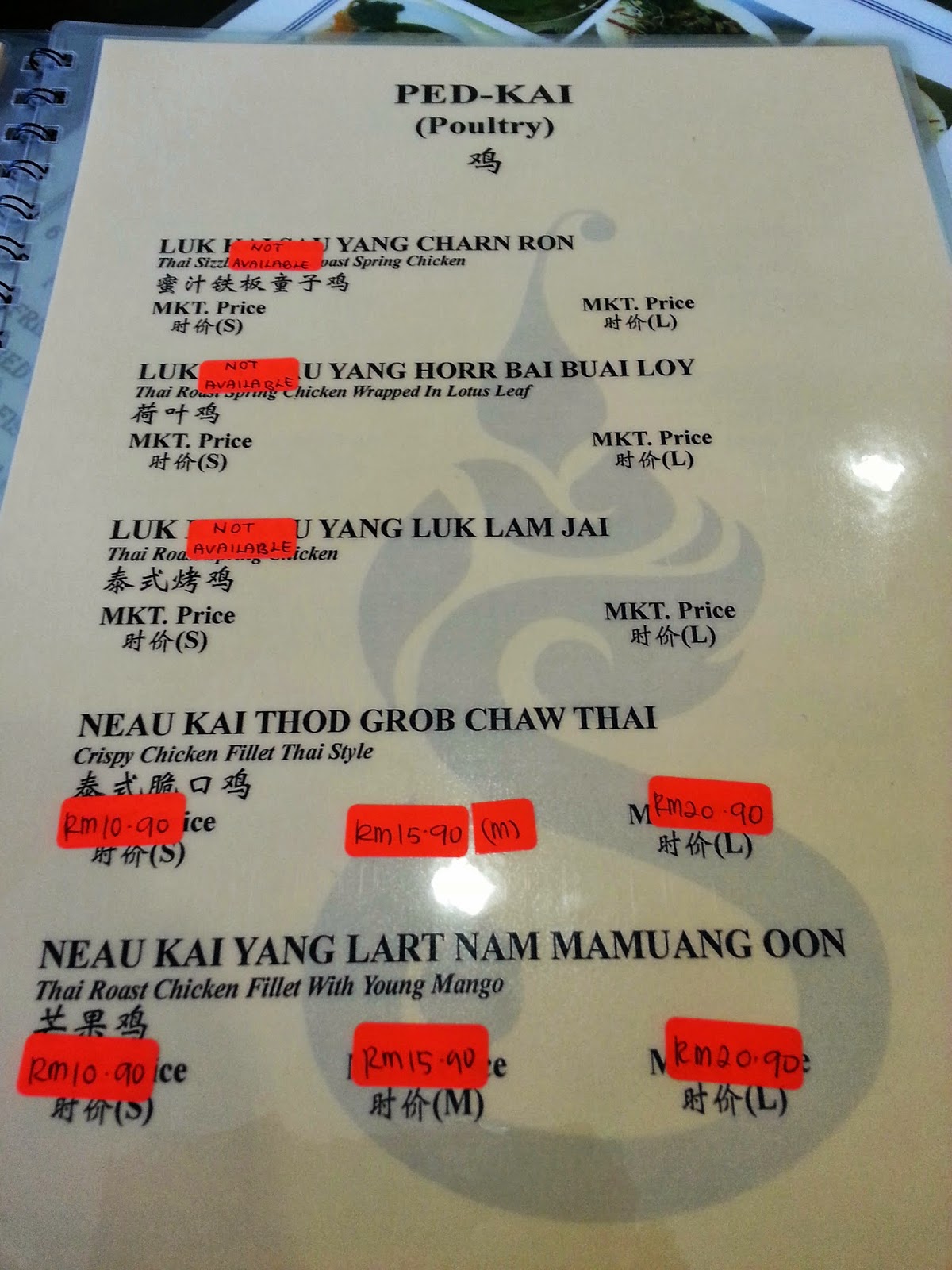 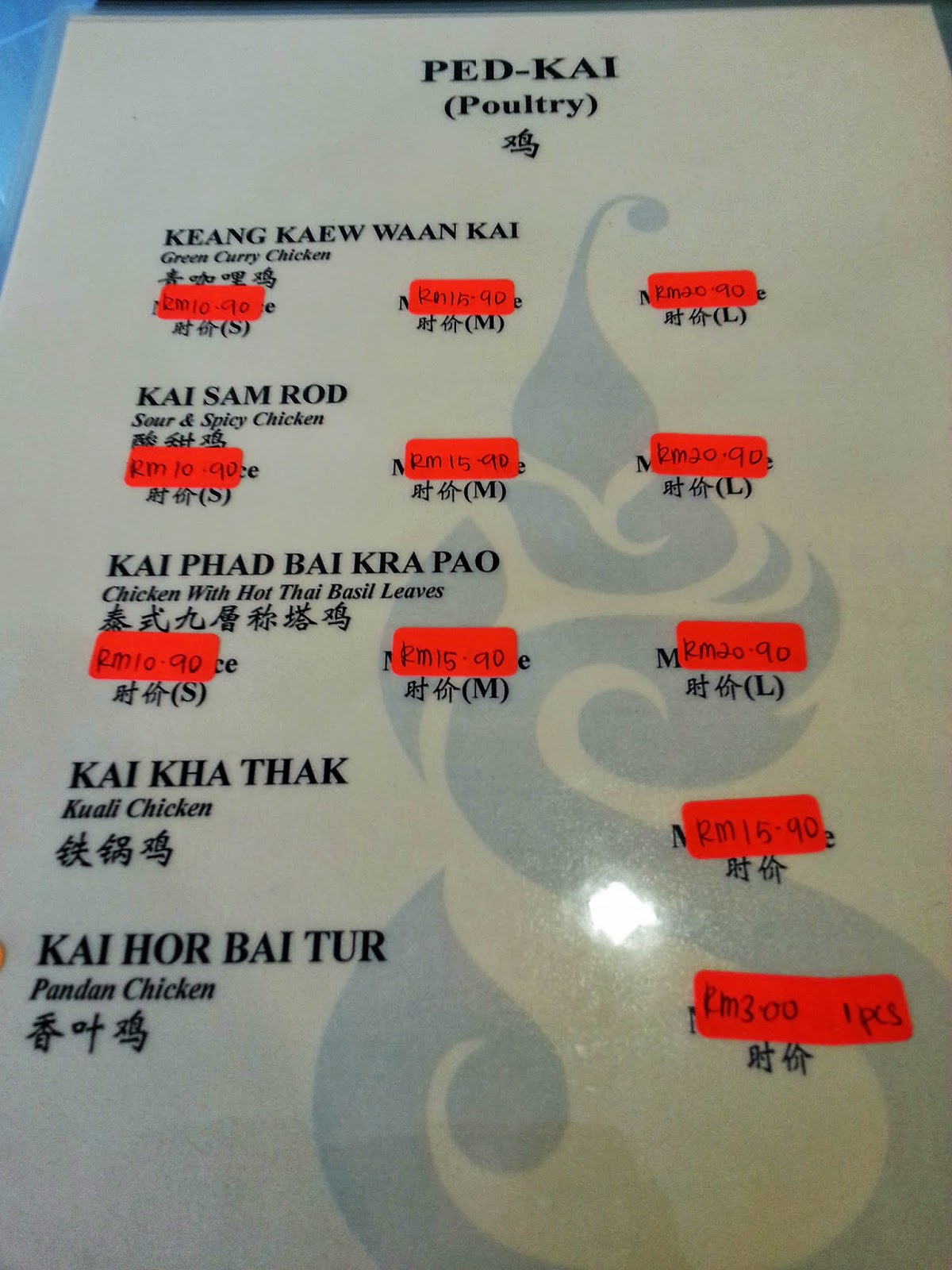 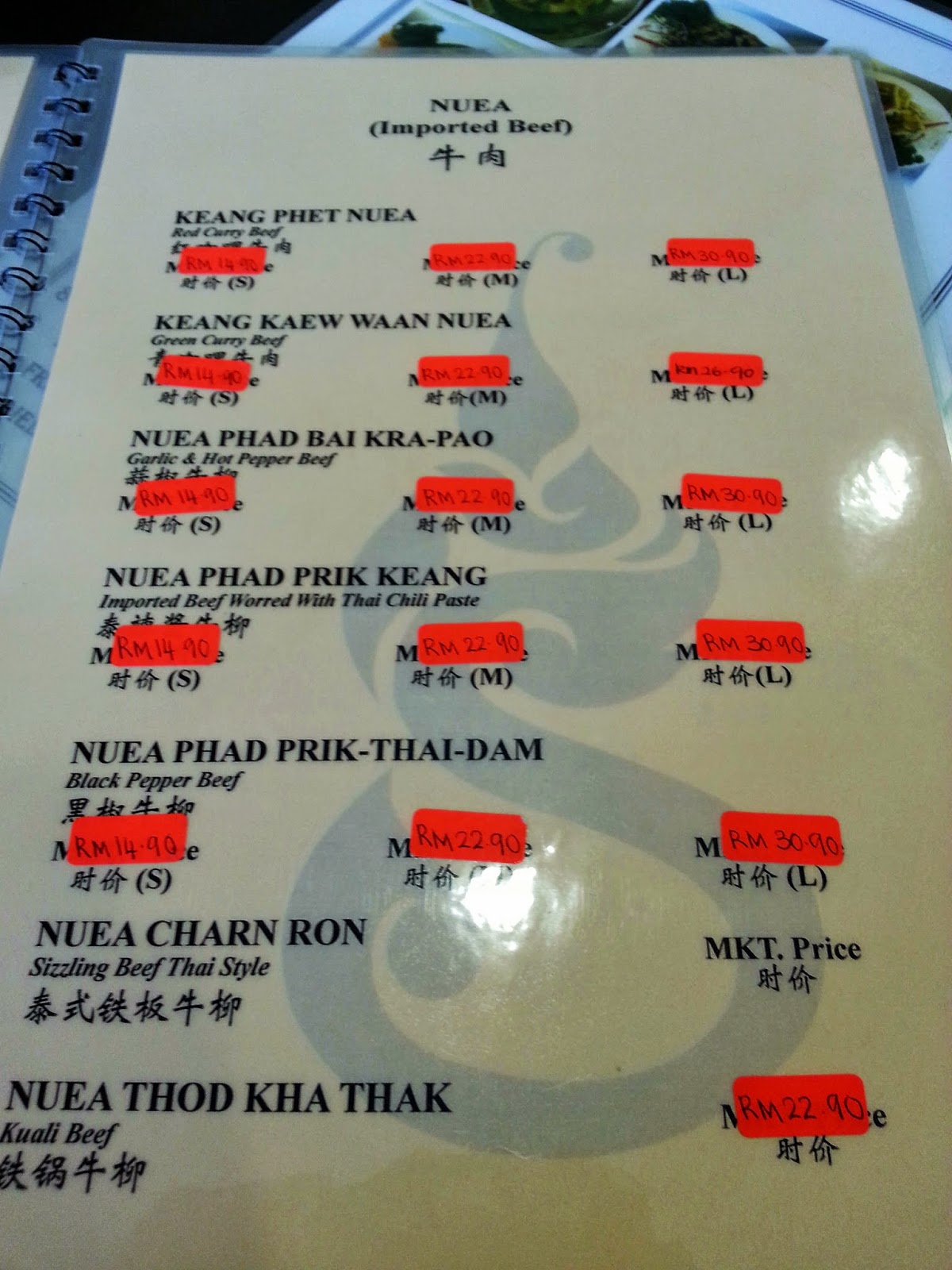 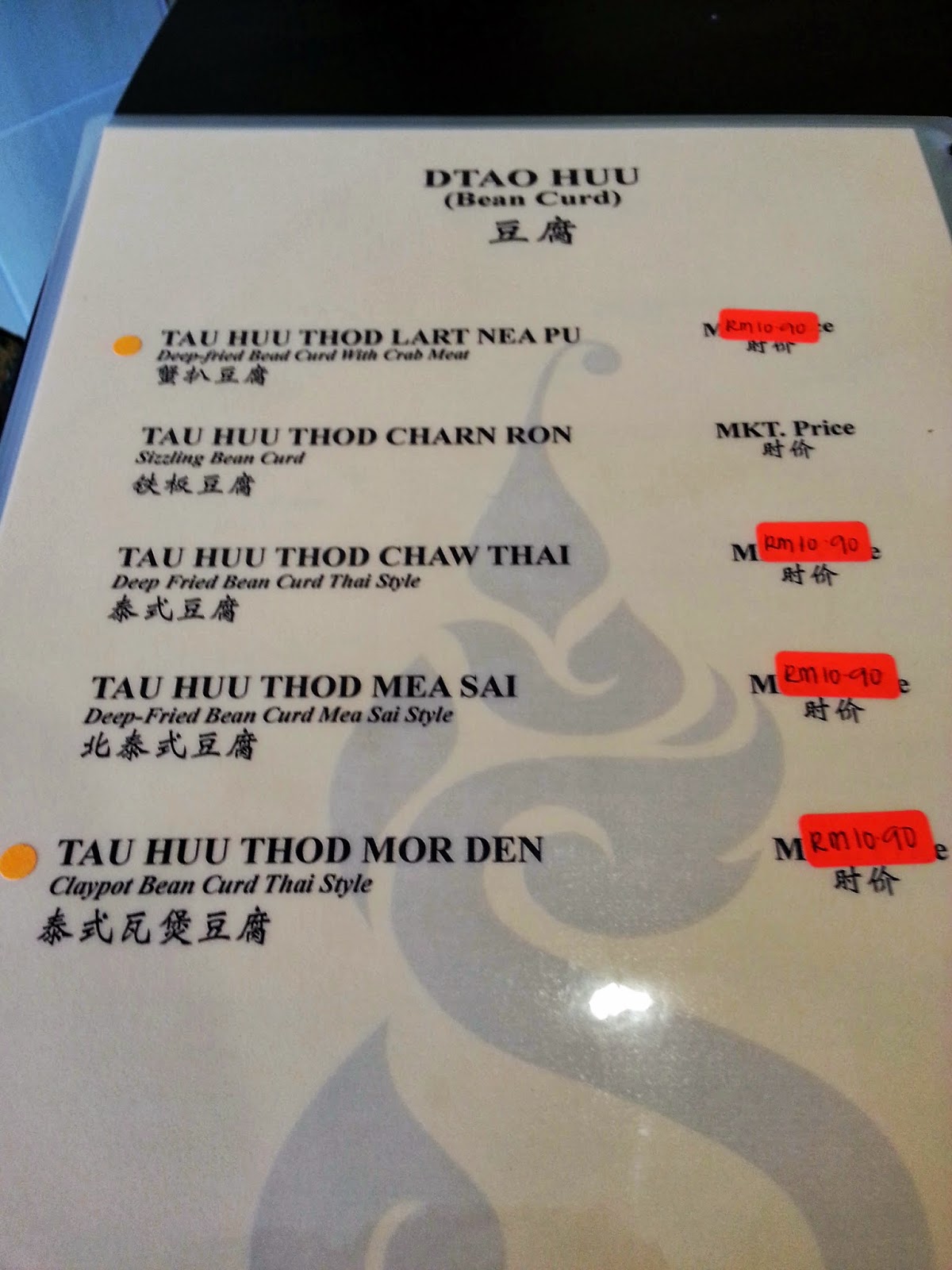 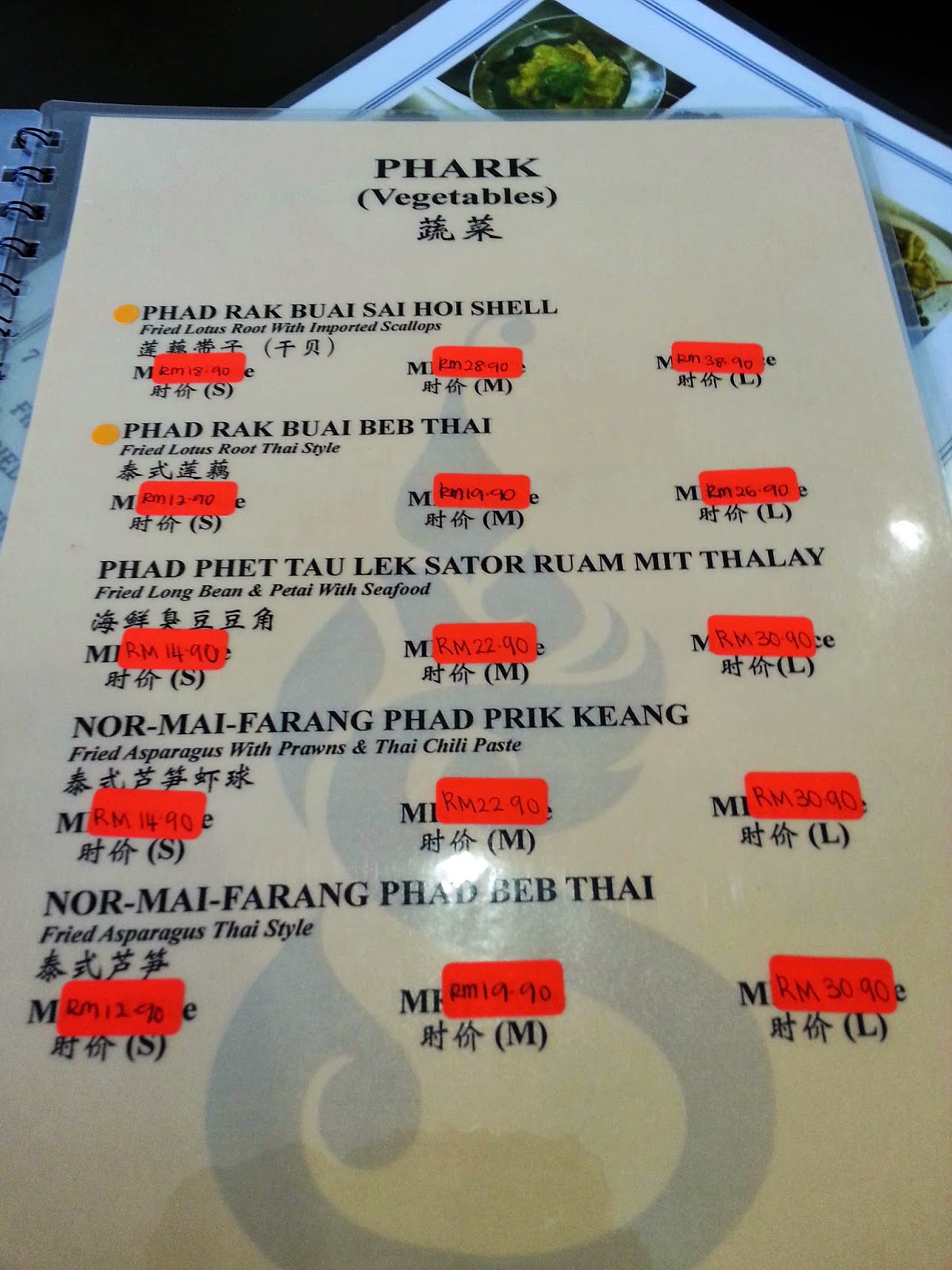 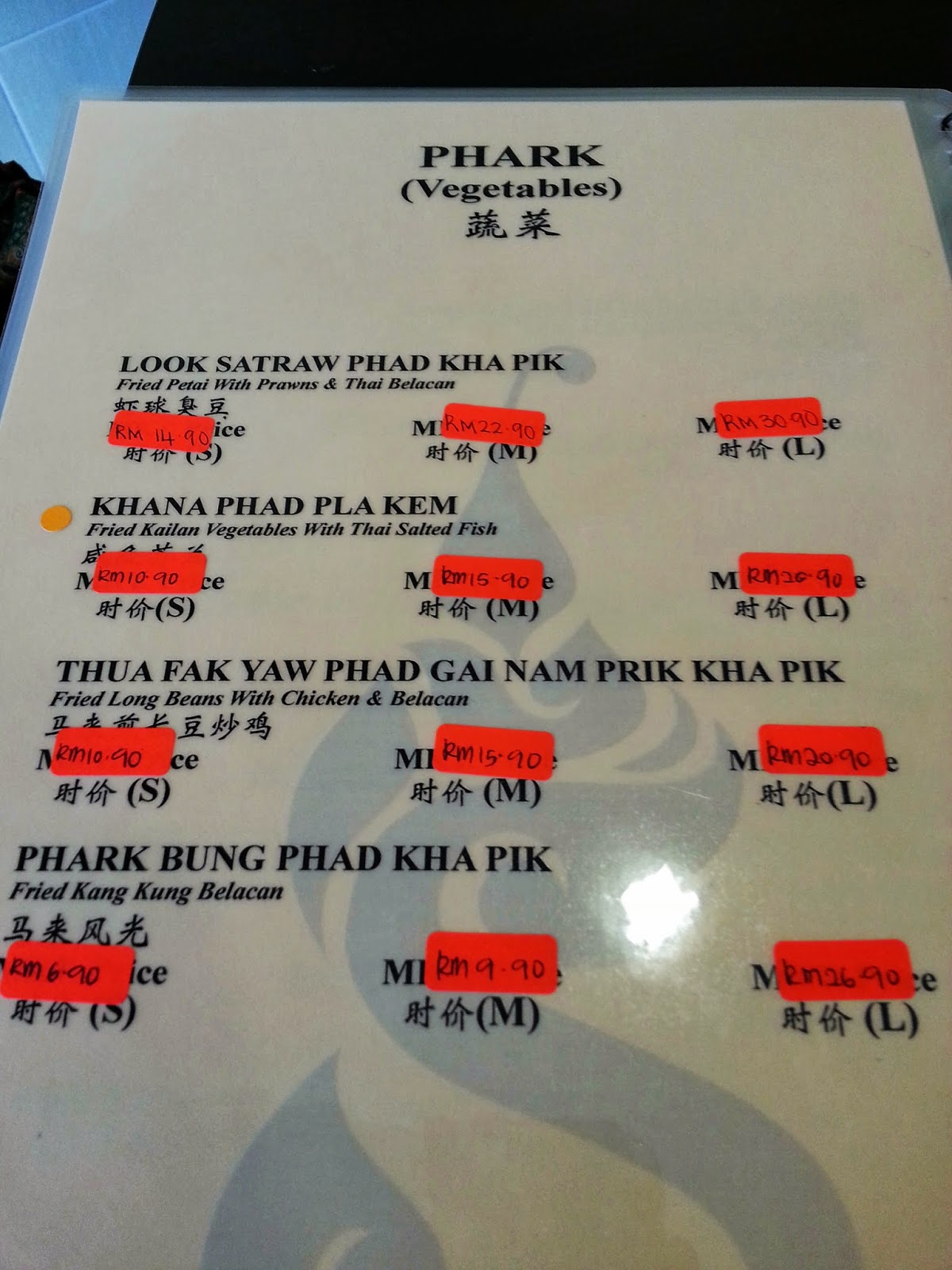 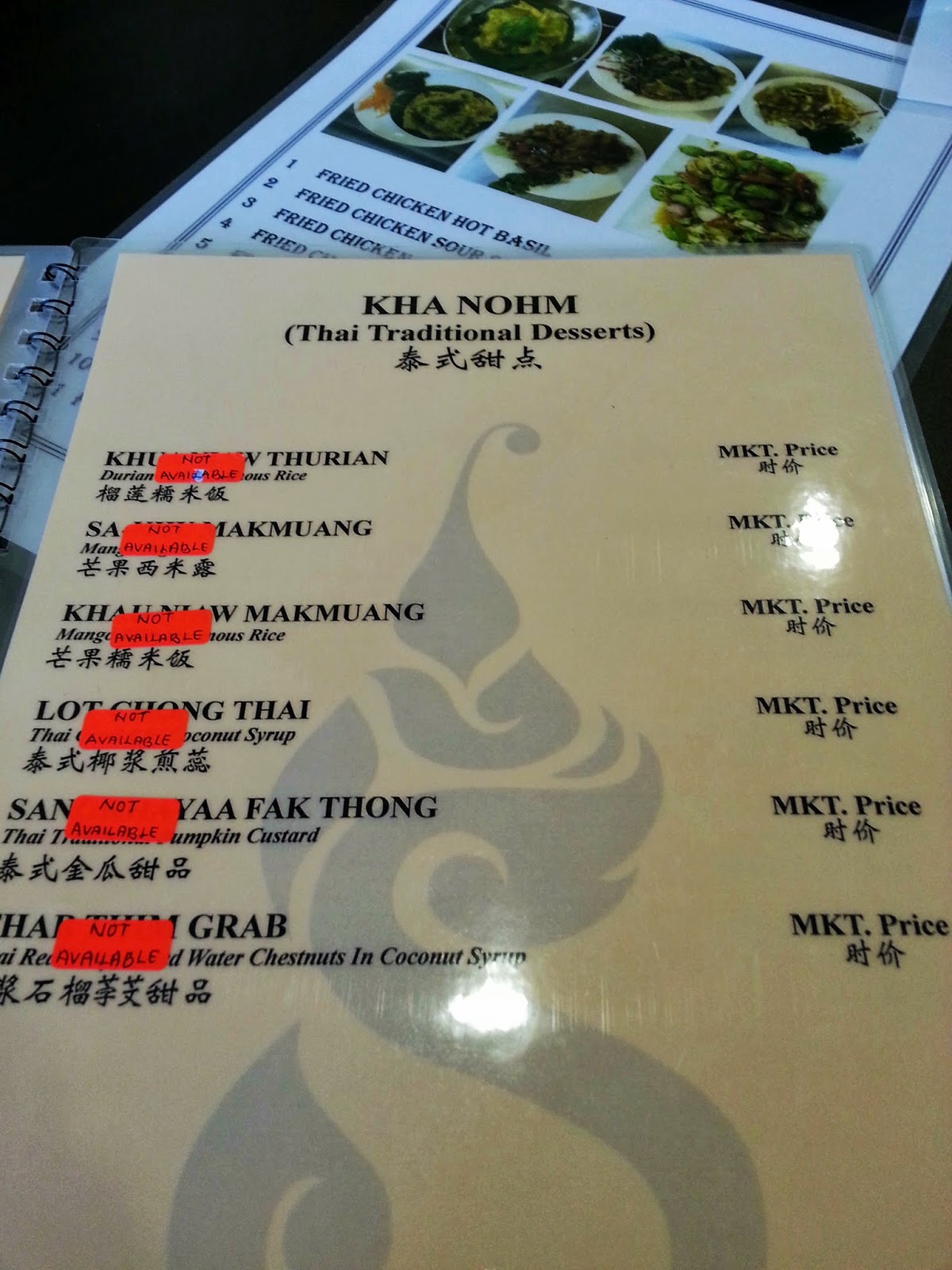 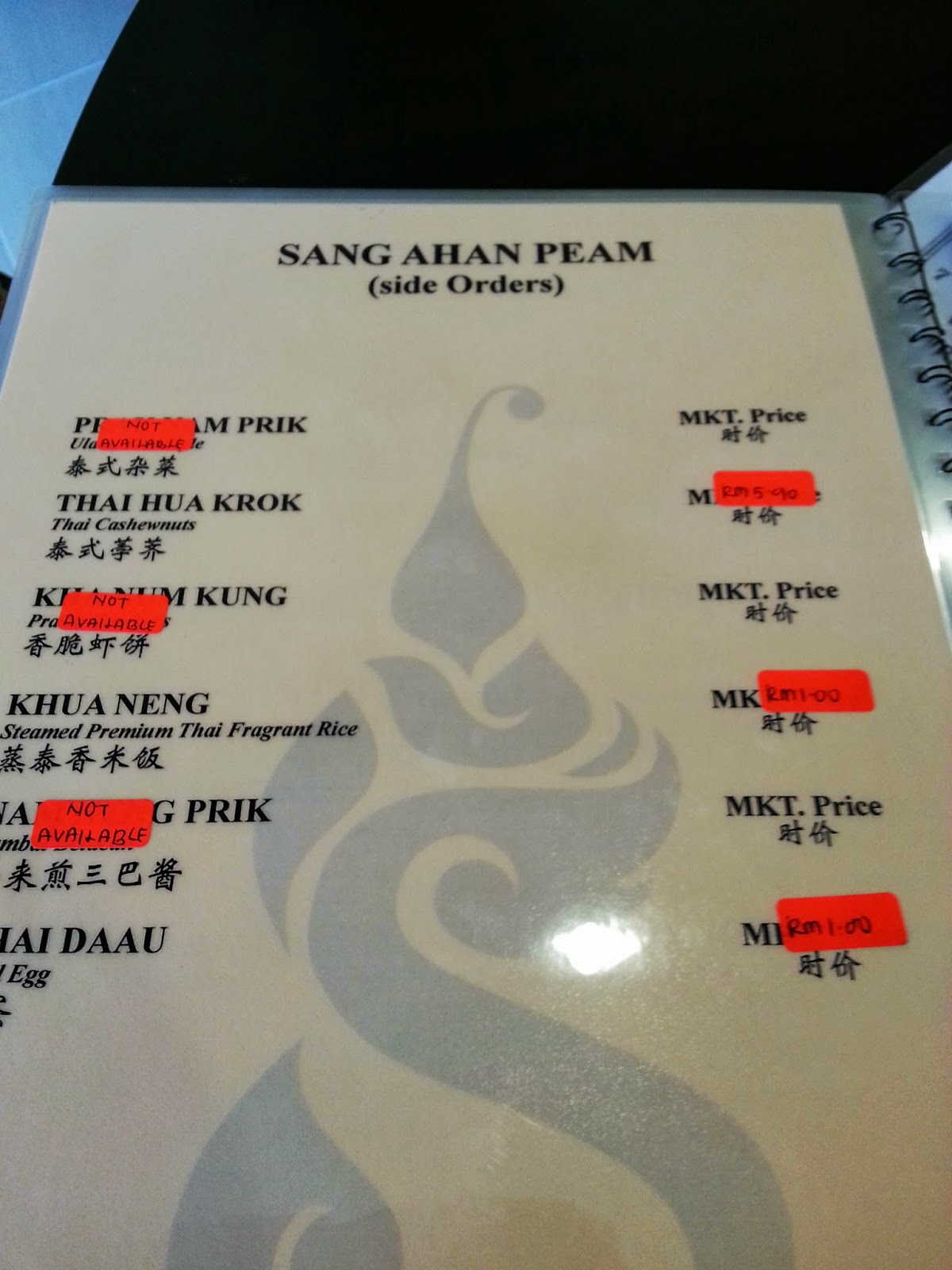 I must agree that they have a very comprehensive menu. There is also a good variety of cooking styles for each of the meat or vegetable types. It took us a while to go through the menu and finally decided on the dishes. I had wanted to order one of the Lamb dishes but sadly, it was not available for the day. The rest were all available. The waiter was very patient with us while we went through the menu and had assisted whenever we had asked him a question.


I must say that today in most restaurants, they charge for a glass of warm water but here they were generous enough to not charge for it. Otherwise, the price for the other drinks were decent.

It took them a while to prepare the dishes though the drinks arrived fairly quickly. In total, we had to wait for 30 minutes before the dishes started arriving.

Typical of most Thai restaurants, the White Rice was served in a silver platter and we had to dish it out ourselves. They charged RM 1.00 per pax and we had requested for them to serve for three pax and that totaled to RM 3.00 .  The portion provided was huge and we had left almost half of it. Perhaps, it would have been better for us to order for just two people instead and topped up should we had required more. The rice was not the Thai fragrant rice but just the usual local variety. Slightly overcooked, otherwise it was fine.

I know what you must be thinking that this isn't Calamari at all but baby squids. Well, there was a section in the menu that listed a number of dishes for Baby Squid and another section that listed a number of dishes for Calamari. I ordered this style of preparation for the Calamari and was disappointed when they served it with Baby Squids instead. They should have told us in the first place that they had run out of Calamari and I would have chosen something else. Otherwise, the preparation was good. It was a slightly spicy dish, contributed by the Pepper and there was a strong taste of garlic. Overall, I find this to be a good dish and would rate it at 8/10 .

The above dish was decent except there was very minimal crab meat in it, perhaps they added just a little for namesake. This dish too could have been better if there was more egg added to substitute the lack of crab meat. I would only rate this at 6.5/10 .

This dish was nice as the overflow of ingredients gave it a wonderful taste. There were loads of onions, bird eye chilies, raisins and honey that made this a very sweet yet spicy dish. A perfect combination of ingredients that brought out the best of  the dish. I would rate this at 9.3/10 .

Another excellently prepared dish. The Chicken were fried to perfect crisps and they were coated with just the right amount of spices. The technique of slicing the meat chunks thinly also contributed to the success of this dish as the flavours were able to seep into the meat and brought about an all round flavour to it. I would rate this dish at 9.4/10 .

This dish was a winner. There were loads of Petai, and these were the large ones which are rare to come by these days. Though there were only four prawns in the whole dish which meant one each, the rest of the dish was rich with flavours and that small cost savings there was not much to complain about. Though slightly oily, it had a lavish amount of Thai Belacan in it. This dish is sure to win the hearts of all Petai lovers out there. I would rate this dish at 9.6/10 .

No Thai meal goes complete without having tried the Tom Yam soup. Here the Tom Yam soup is not individualised but comes in a slightly larger bowl that is good for two pax, each getting a helping and a half. As such, we had ordered two of the above for the four of us and had to fill it into four smaller bowls ourselves. Taste wise, it was good. Slightly spicy accompanied by the rich flavours that is expected in that soup. Definitely a good preparation and this deserves a rating of 9.1/10 .

Once we were done with our meal, they served us the above Iced Watermelons and it was on the house. The fruit was indeed very sweet and was good to treat our lips that were still burning from the spicy Tom Yam soup.

On the whole, I was very satisfied with the meal here today. The food was mostly quite good and the prices were very reasonable. Definitely a restaurant that I would return often for a good Thai fix.