There has been a lot of hype about Fierce Curry House which is located along Jalan Kemuja in Bangsar Baru including two nominations by Time Out KL Food Awards, Best Indian Restaurant and Best Cheap Eats. I have been wanting to visit this restaurant for some time now as many of my Chinese friends have been recommending me this place. but never got the time. Today, it was very much an unplanned visit when I happened to visit my cousin in Pantai and together we decided to give this place a try.

Once we were in Jalan Kemuja, the restaurant was not difficult to find. The only problem in this area would be parking. Nevertheless, there is a paid parking area not too far and would require a 100 meter walk to the restaurant. The restaurant had a posh look to it. At a single glance I was wondering if this restaurant truly fit the bill of Best Cheap Eats. Well, the only way to clarify this would be when I have a look at their menu. The place was buzzing with people. There is a small open air seating area and a slightly larger air-conditioned area inside. As it was a hot day, we decided to sit in.

The moment was took our seats, the waiter came up to us and served a plate of Papadam and two tumblers of Rasam. This happened even before we opened our mouths to order and perhaps even before the menu was handed over to us. I guess this goes out to all customers. Well, definitely an excellent way to greet your customers. Their Papadam's were crispy and that shows it's freshness. Their Rasam was simply fantastic. I even thought of asking for another one but then I was worried that I would not be able to finish the entire serving then. With that thought in mind, I decided to call it off. As for the Rasam, I would rate it at 9.5/10 . Excellent one! 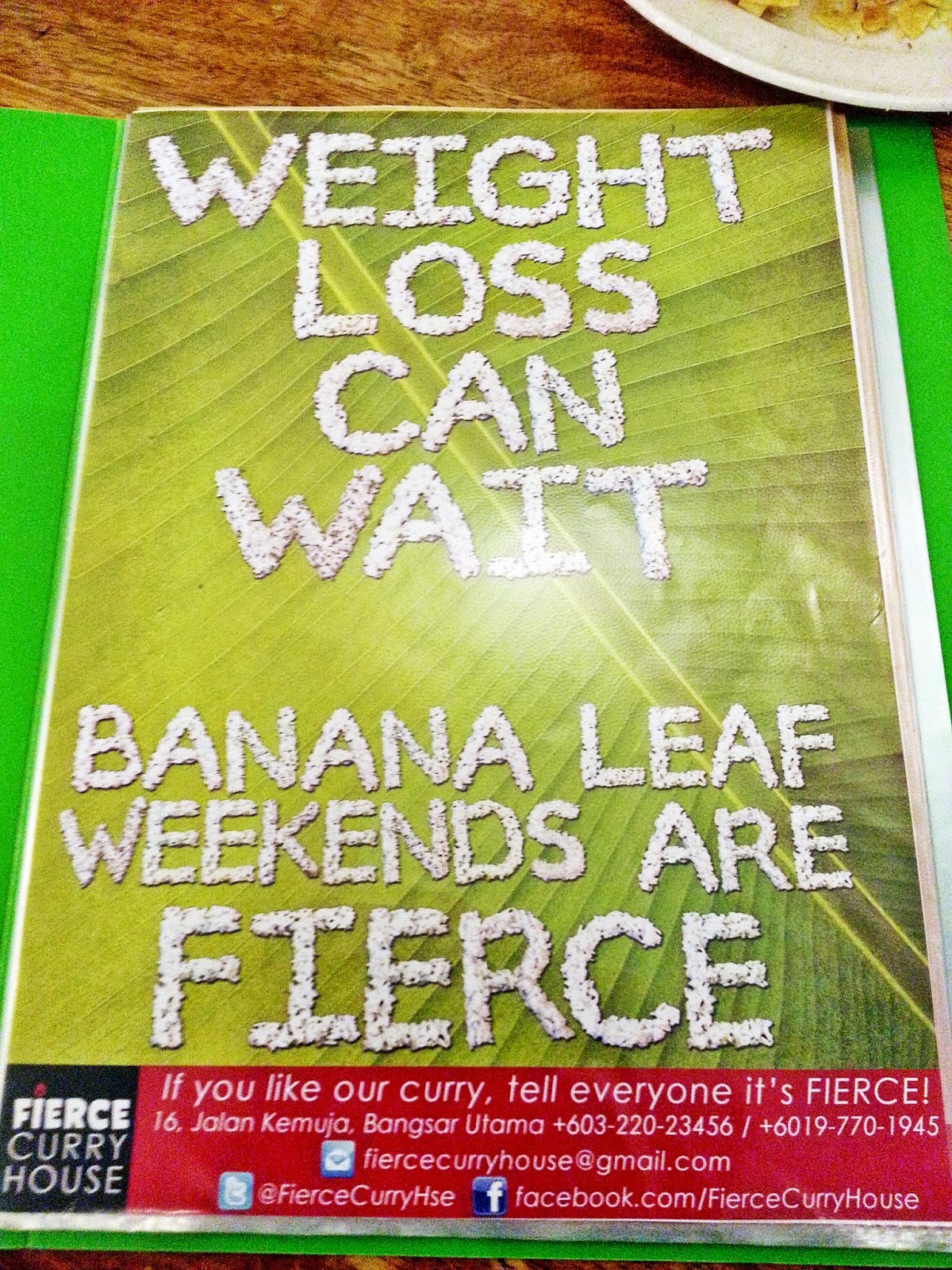 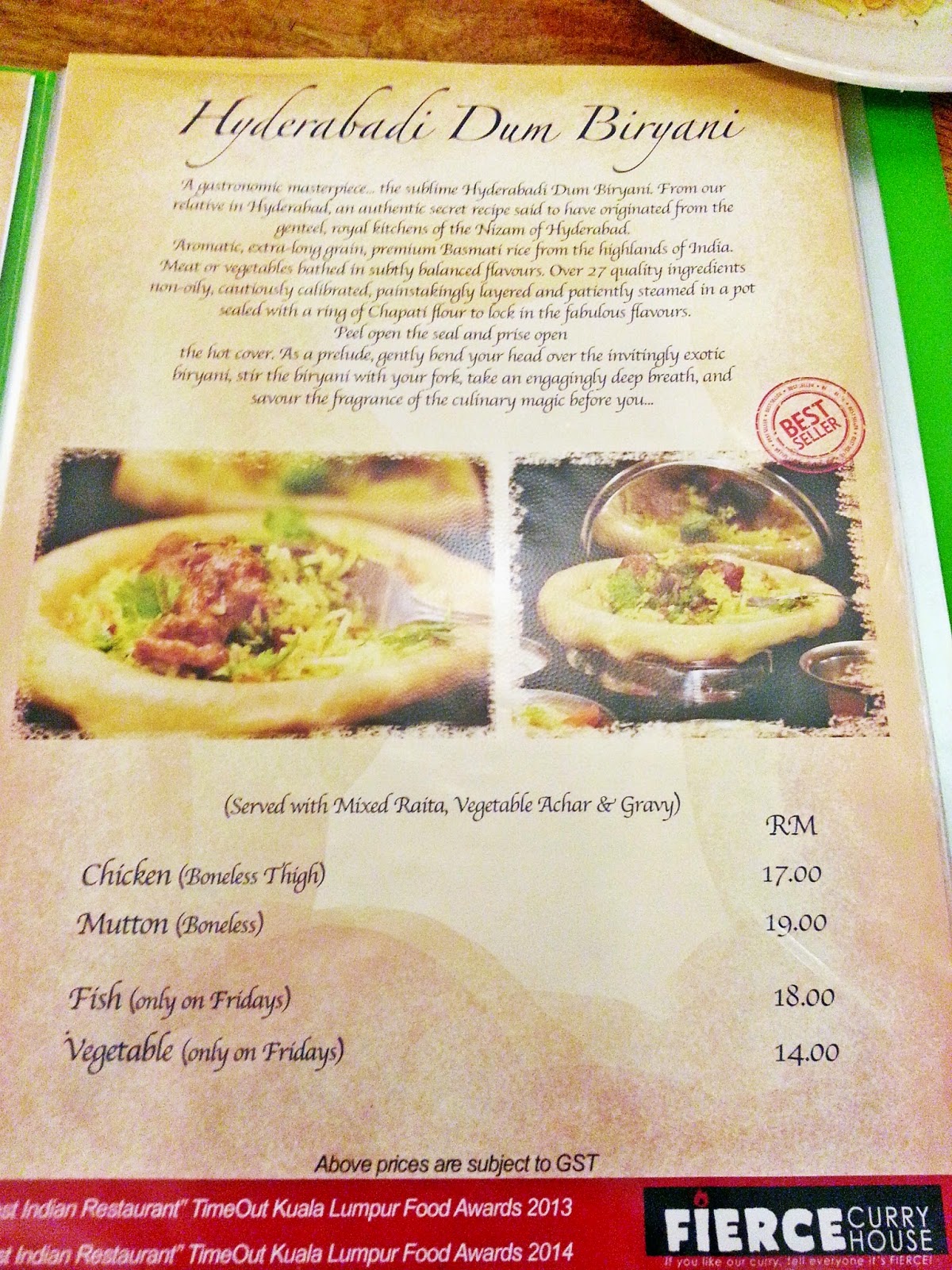 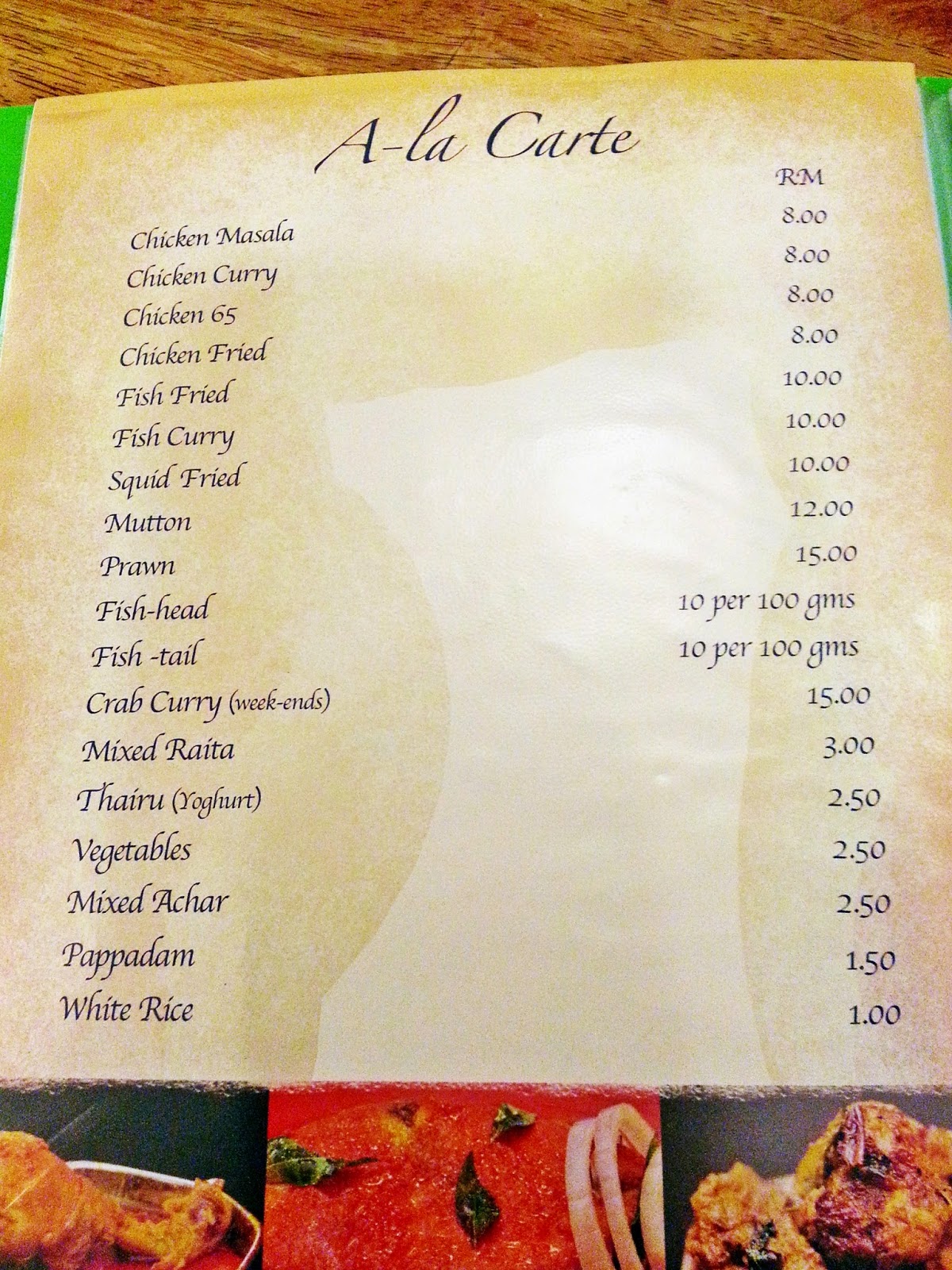 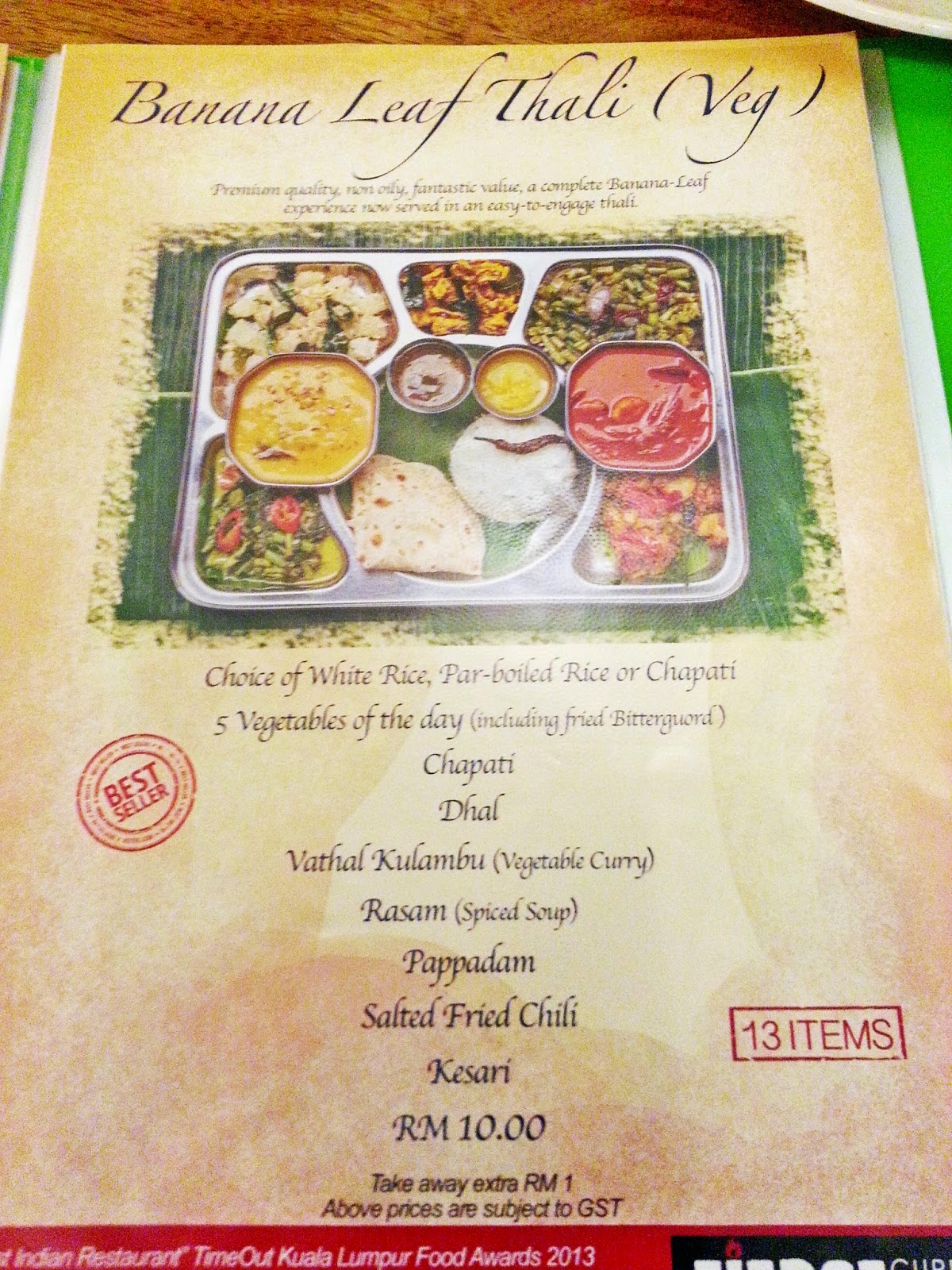 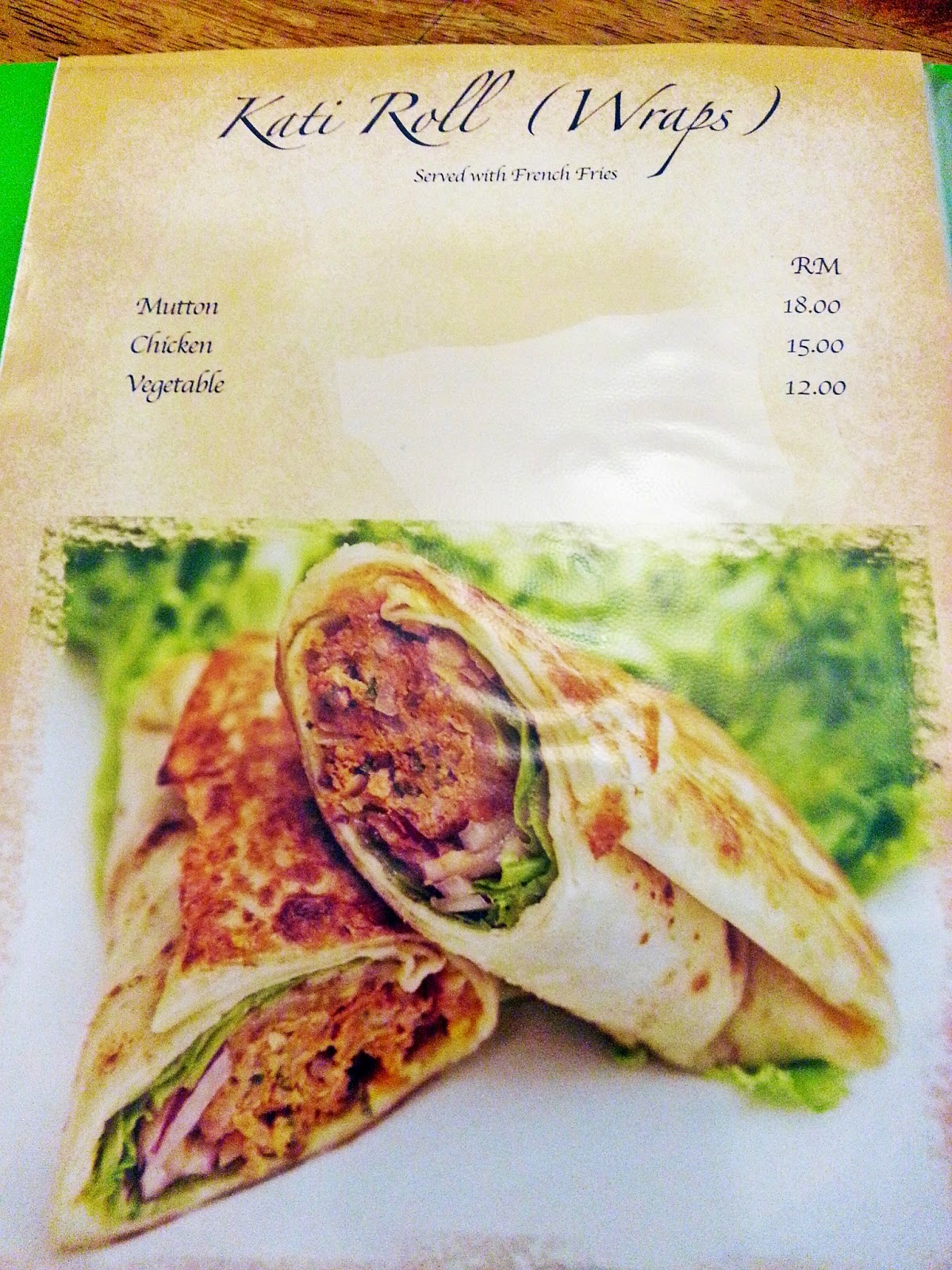 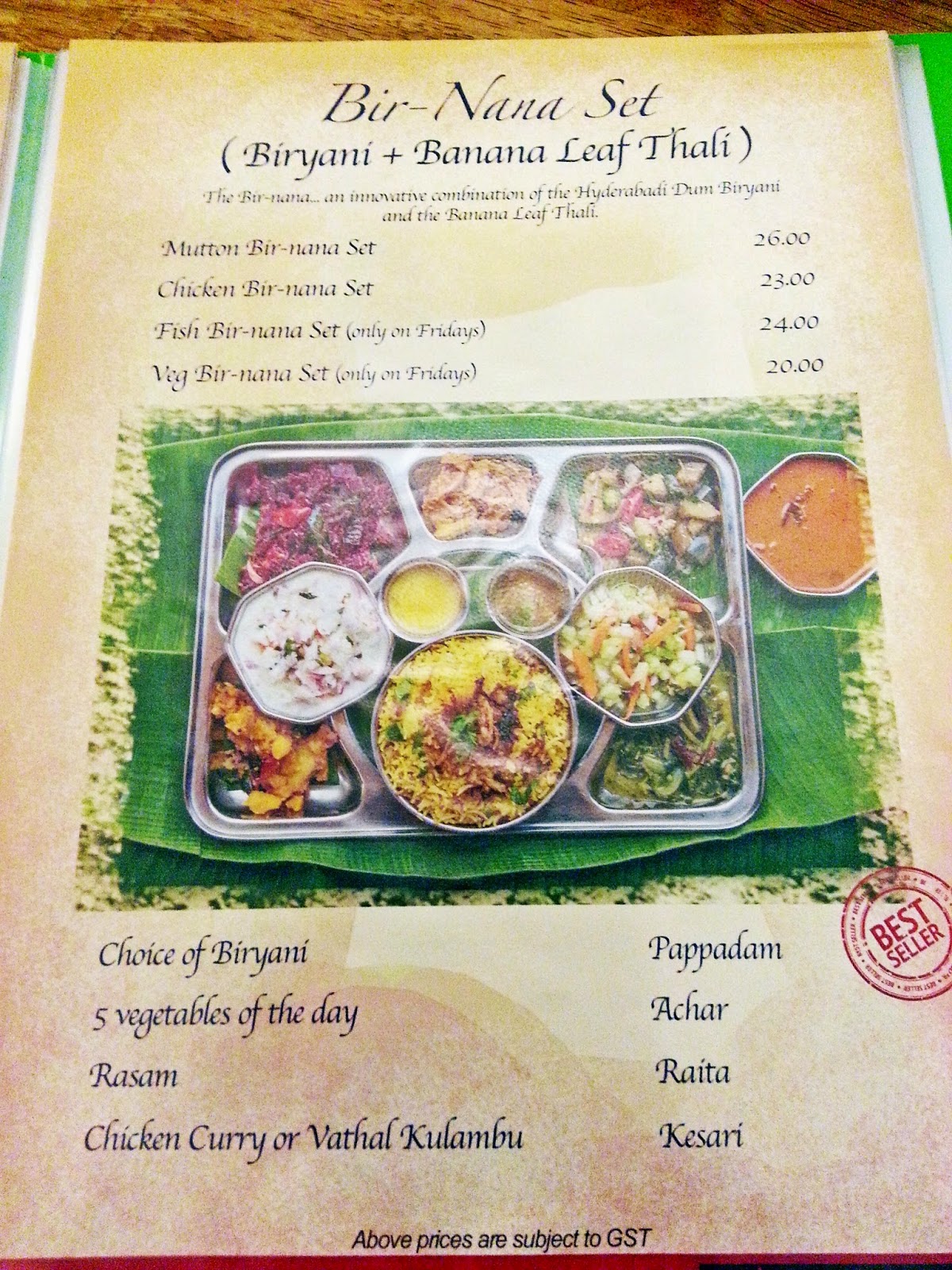 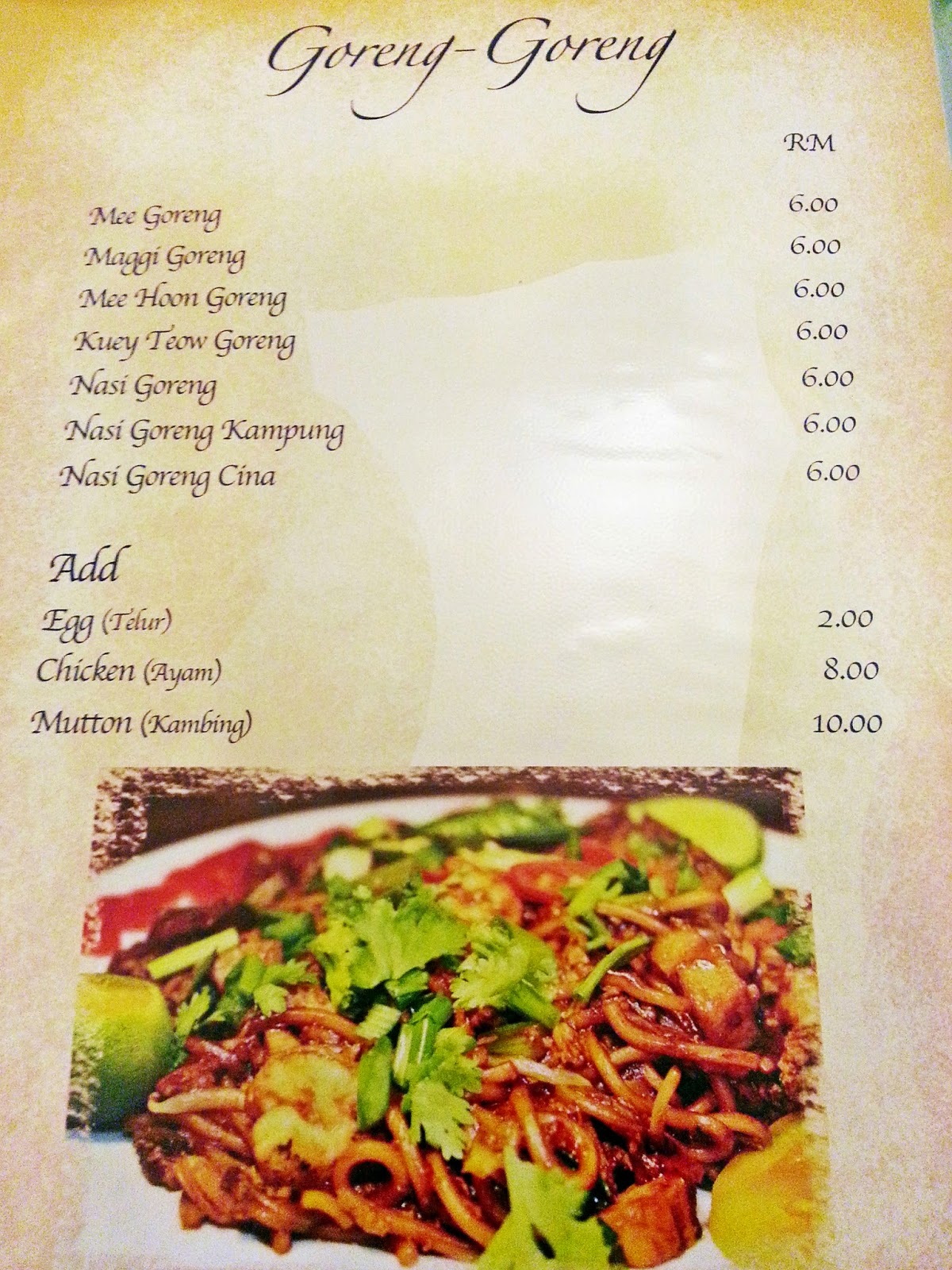 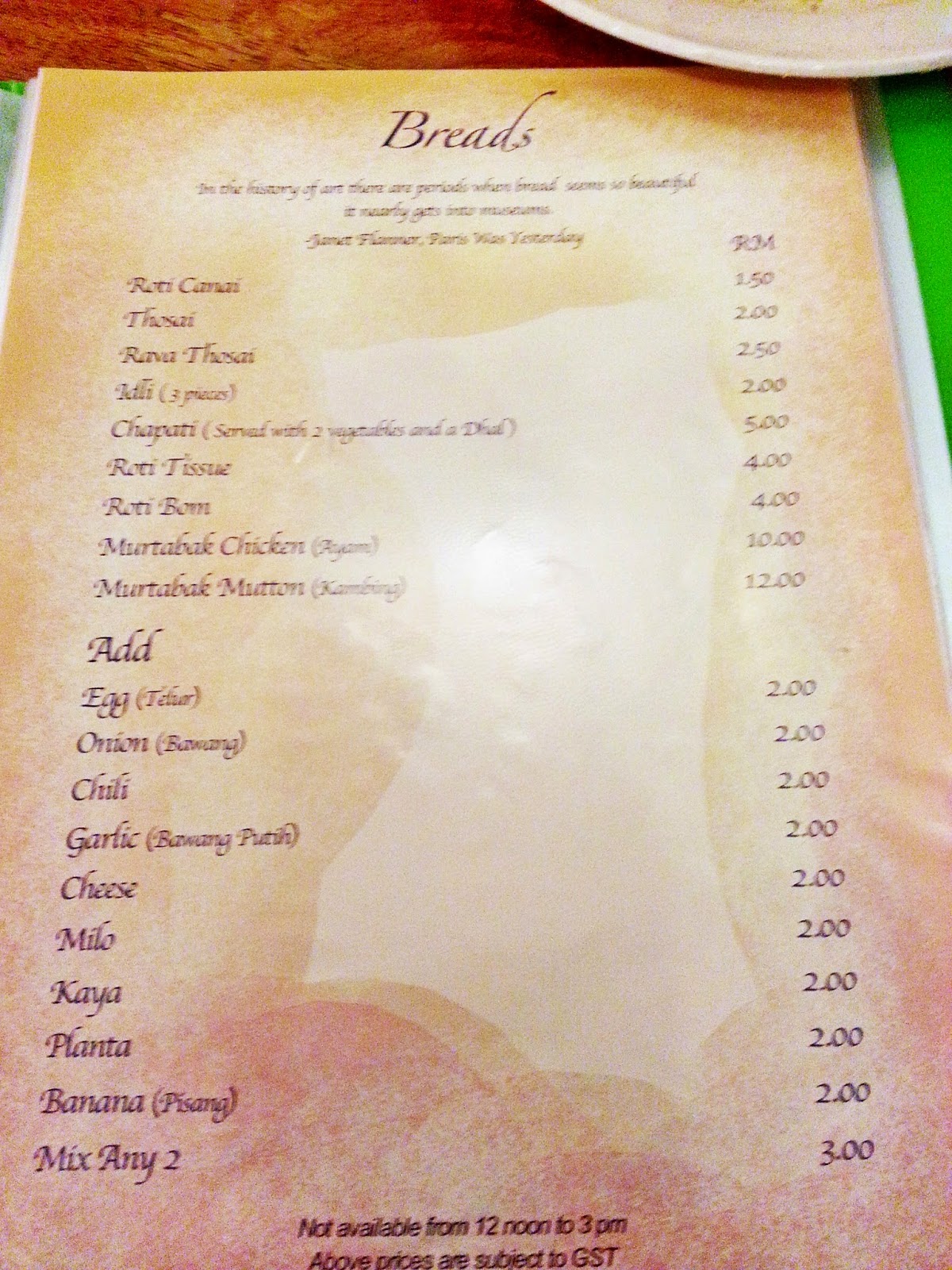 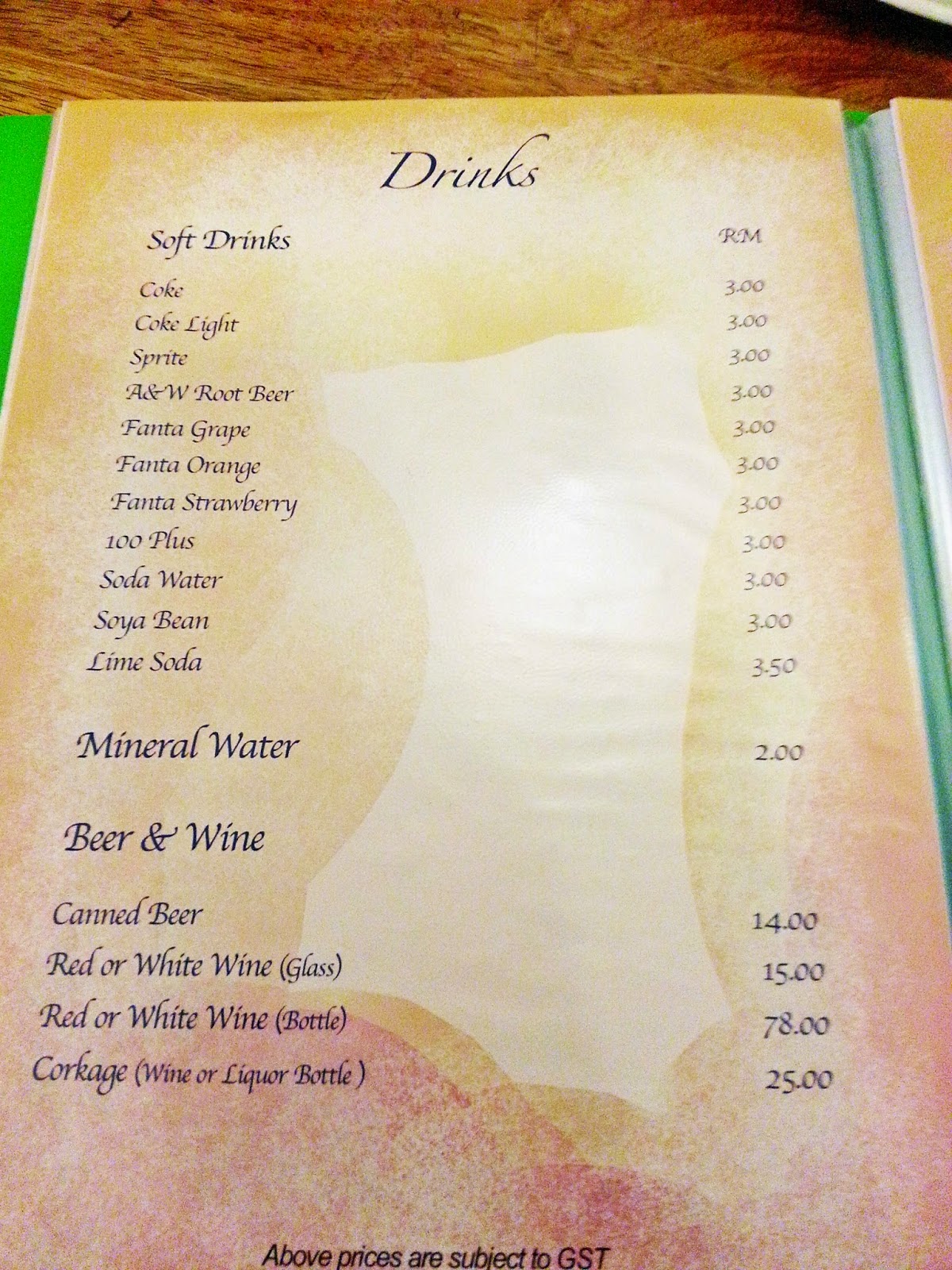 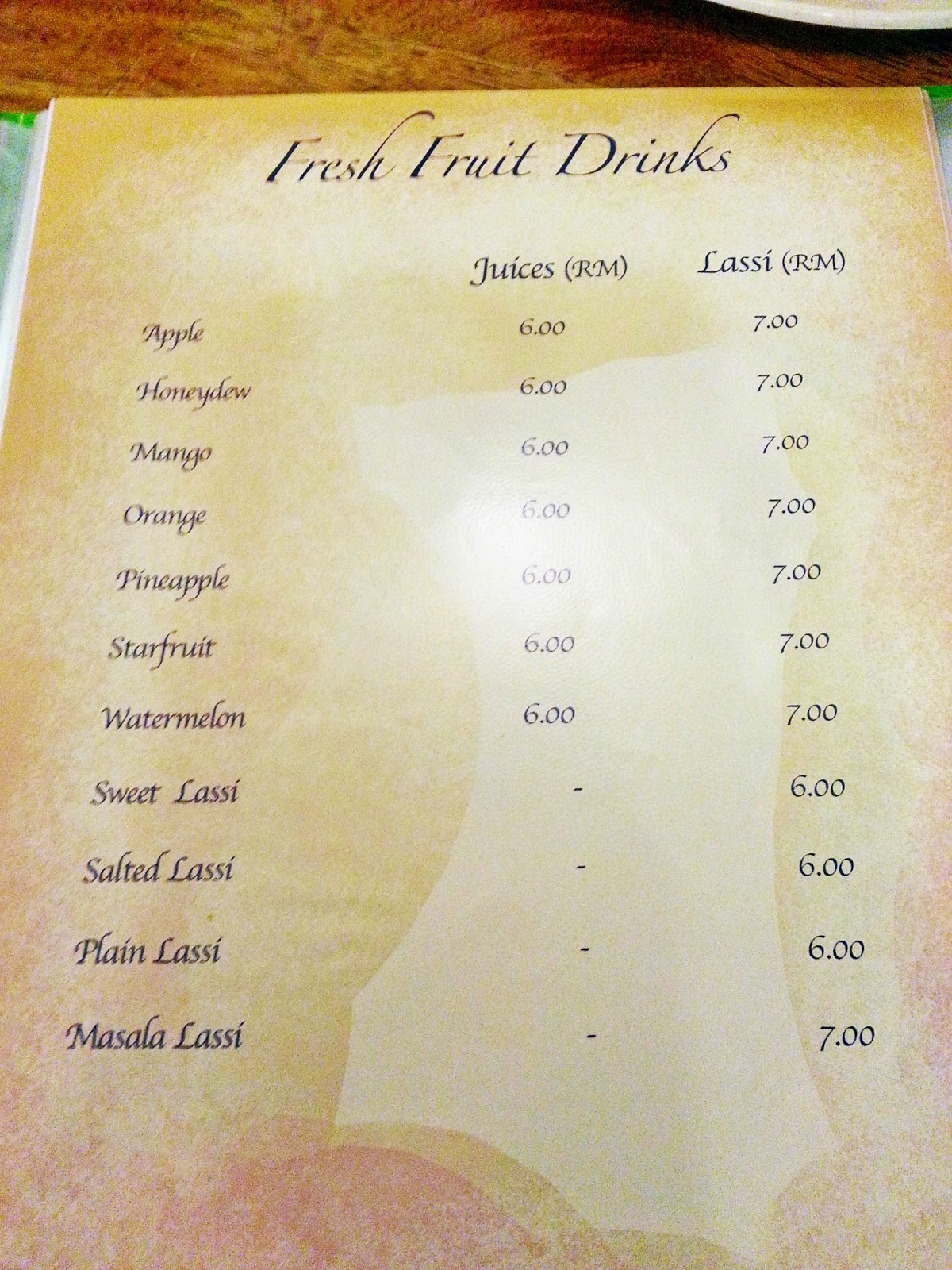 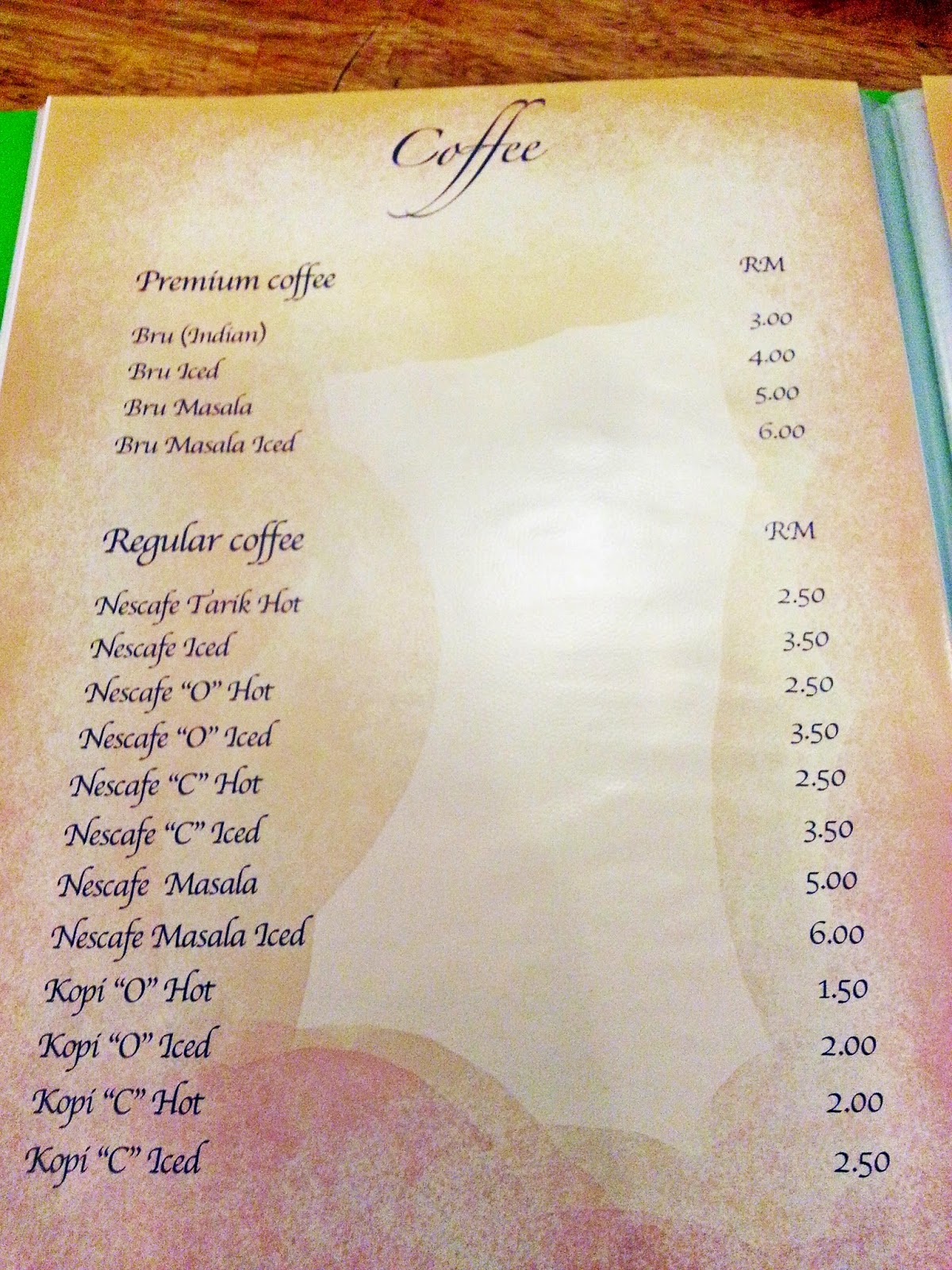 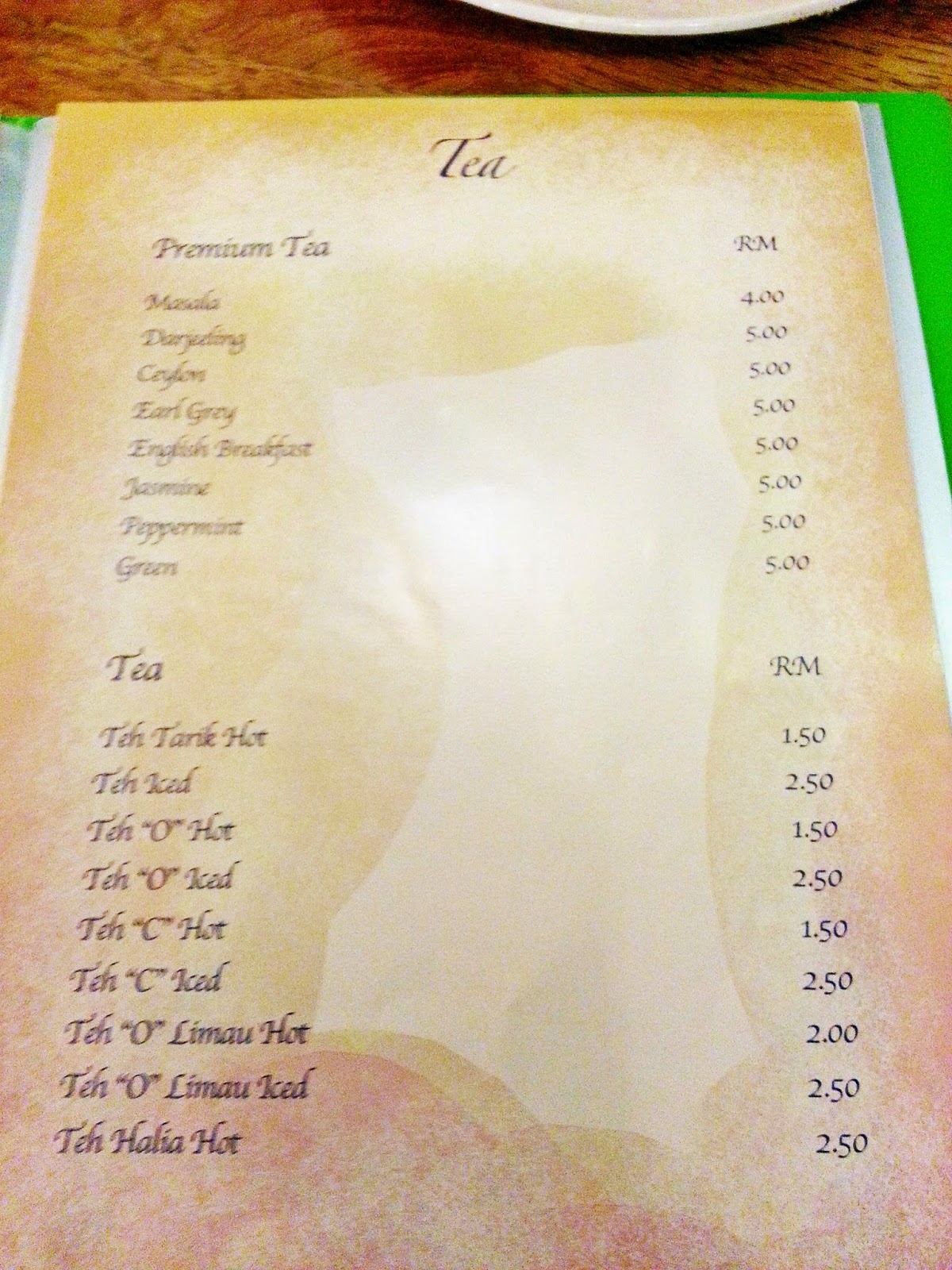 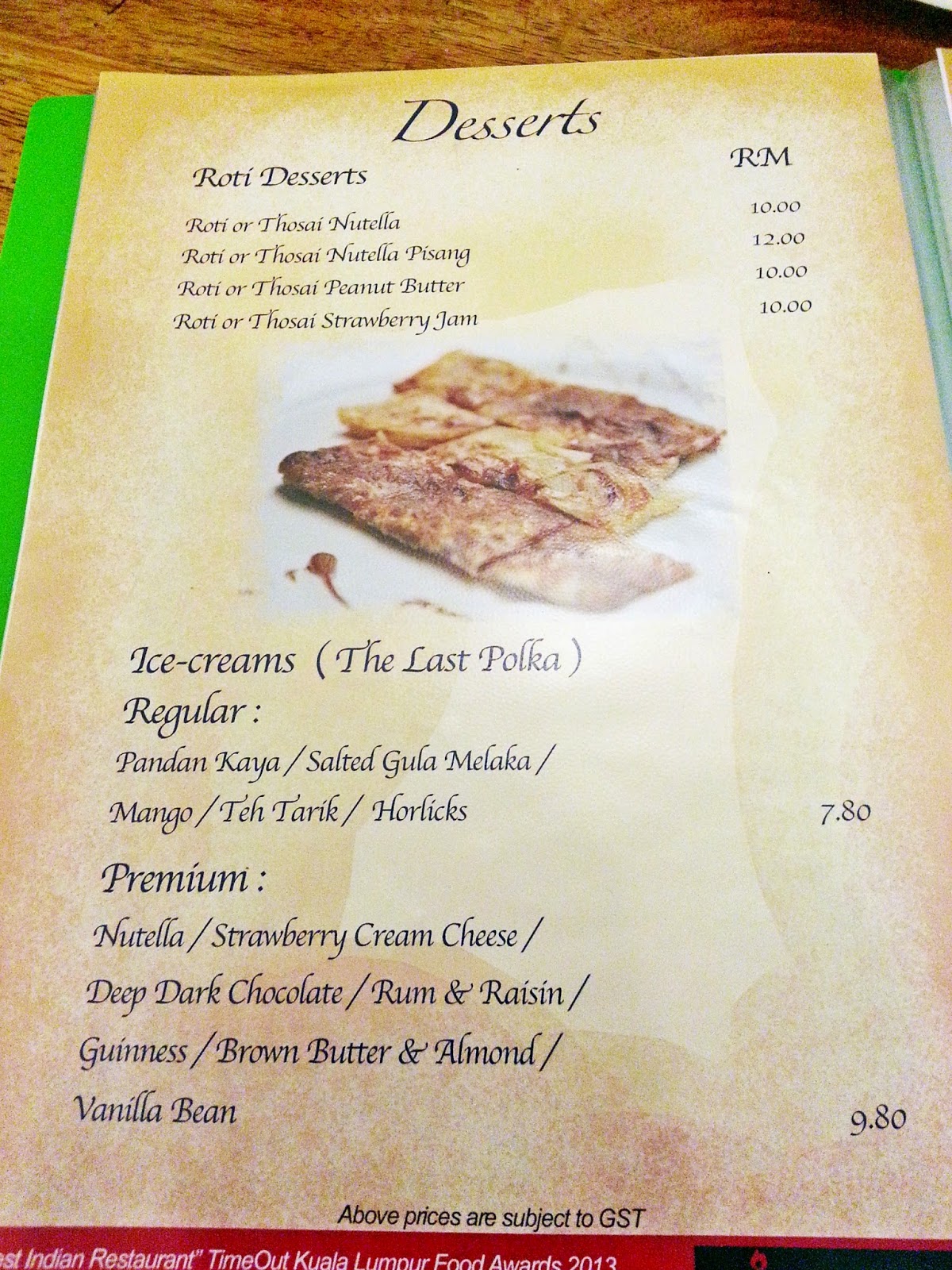 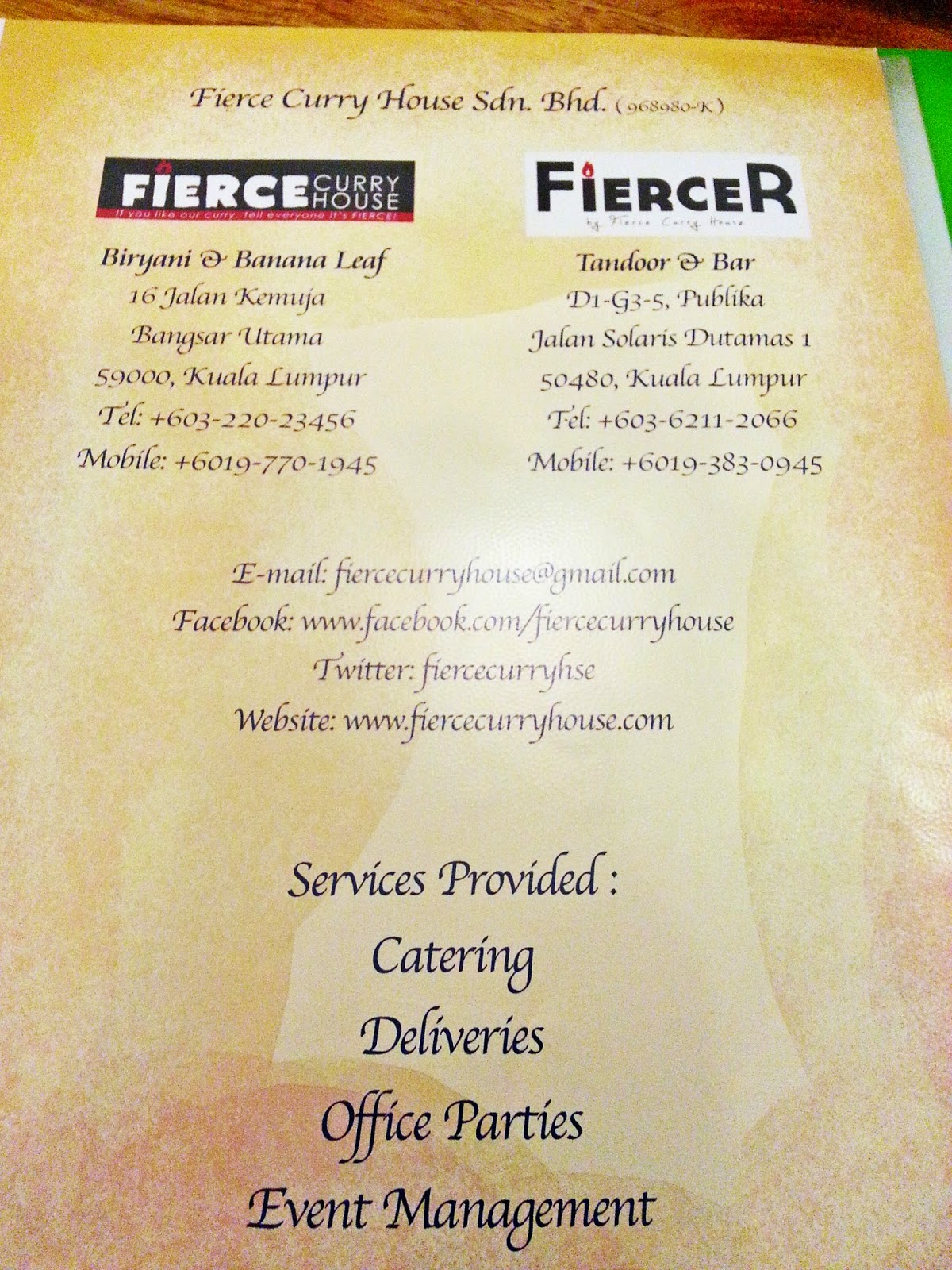 Then, the menu were handed over to us. The menu was an elaborate one and yes, I was right initially. The food prices here are definitely a premium. It is acceptable for Bangsar but definitely considered premium when compared to other localities. Now, I truly wonder the basis as to which Time Out KL had gotten to that conclusion and the validity of their awards. As for the variety, they had a good spread of dishes from around the South Indian Sub Continent and a handful of local varieties. They did not have the typical Banana Leaf Meals here but what they had were Tali Sets and Briyani Sets, I believe these are their two hot selling items. In fact when I peeked at other tables, everyone of them were having either one of these dishes. The Briyani variety available here are the Hyderabad Dhum Briyani's. Common ones would be their Chicken and Mutton Briyani. Specially on Friday's, they also have Fish and Vegetable Briyani's available. Besides these common types, they also have 'luxury' Briyani's which is part of their specialty dishes. These would require advanced booking and would cost a mega premium price. Nevertheless, there was a white board near the kitchen which had the bookings for these 'luxury' Briyani's and they were full of requests for the entire week. Impressive!


When we ordered the dishes earlier, we had requested for two glasses of Iced Water as we were planning on having some coffee later on after our meals. Iced Water was not a chargeable item here and this is something to applaud as even small eateries charge for these nowadays.


Here, they have the conventional Briyani as well as a hybrid dish called Bir-Nana which is a hybrid between Banana Leaf Meals and Briyani. It is typically the very same Briyani being served with a number of vegetables on the sides. We decided to stick with the basics and this Chicken Briyani was priced at RM 17.00 and this comes with some Cucumber Pickle, Cucumber Raita and Chicken Gravy.

Their Chicken Briyani came in a small pot that was sealed with flour, just the way it should be served. The portion was good for a heavy eater but in that pot, there were only three skinny pieces of chicken which was a disappointment to me. Being a heavy eater, I was definitely expecting for more. Now time to get my fingers to work. Alas, the Chicken Briyani was nothing great to shout about. It seemed like just a very average Chicken Briyani being served with three skinny meat pieces in a pot full of Briyani Rice. Even the rice was not that fragrant and it lacked the feel good factor. Definitely disappointed. I would only rate this at 7.5/10 .

My cousin had their Mutton Briyani and this was priced at RM 19.00 . Once again, this was served in a similar fashion. The pot was once again filled with a huge portion of Briyani Rice which came with a few tiny mutton chunks. Yes, they were not even small but tiny. Again, another disappointing dish and I would rate this at 7/10 only. A major let down.

Both Briyani's were served with the above Cucumber Acar and Cucumber Raita. Both of these tasted fantastic, way better than the main dish. I would rate these at 9.3/10 . As far as these two are concerned, I would say that they were excellently prepared.


Once again, both Briyani's came with the above Chicken Gravy. This Chicken Gravy was heavenly, yes it was heavenly! In fact, I asked for more and the waiter sent the curry over without a fuss. Delicious stuff and the curry was so aromatic, a perfect blend of spices. I would rate this at 9.6/10 . Honestly, if not for this curry, I might not have finished the above Briyani. This curry was the saviour. Highly recommended!


Once lunch was done, we went on to order some hot drinks. My cousin ordered the above Masala Tea and this was priced at RM 3.50 . Initially when it arrived, the was no trace of any Masala and we assumed that they may have accidentally sent this 'Teh Tarik'. After having cross checked with the waiter, he had mentioned that it was indeed Masala Tea and no error was made in delivering the items. Having not being satisfied with the drink, we asked if they could add the 'Masala' which again, he happily obliged. Within minutes, the drink was sent back to us and yes, now it did taste like Masala Tea. I am just going to ignore the previous error for my ratings and assume that the latter was served without any prior incident and as such, I would rate this at 8.5/10 .


I ordered their Masala Coffee and it was much better than their Masala Tea. The drink was perfectly fixed and I would rate this at 9.2/10 .

On the whole, I was disappointed with their Briyani's as my expectations were much higher, partly contributed by all the recommendations that were going around along with those awards. I have definitely tasted much better ones when compared to this, and that too in Kuala Lumpur and in a similar type of restaurant with on par pricing. Once back home, I did go through the web and read some of the other famous bloggers' impression on this place and guess, I am not alone with my judgement today. Do note that I am not claiming their Briyani's to be bad, they were good and hence the rating of 7 plus out of 10. The point that I am trying to make is simply that they were not as great as all they hype about this place. Simply, just that. However, their curries, vegetables and Rasam tasted really fantastic. Perhaps I made a mistake of going for their Briyani and instead should have gone for their Tali sets which I assume would definitely be much better based on what I had sampled. I would definitely come here again to try their Tali Sets and I am hoping for a gastronomical treat..... at least then. Till then, I am left with a not so great of an impression of this place.